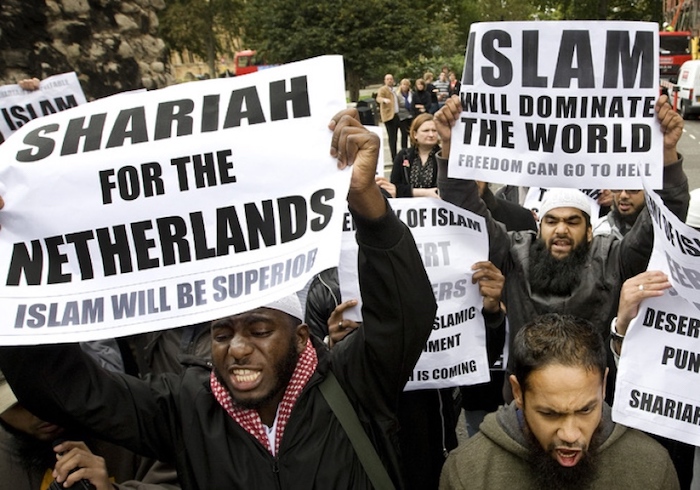 In the last year alone, Dutch businesses have been the targets of at least 17 grenade attacks, but the police are not allowed to investigate them for what they are — Muslim terror attacks:

Since the beginning of 2017 there’s been 16 incidents involving a hand grenade at a Dutch business, and in ten of these incidents the hand grenade exploded, Minister Ferdinand Grapperhaus of Justice and Security said in response to parliamentary questions, RTL Nieuws reports.

D66 parliamentarian Maarten Groothuizen wanted to know how many times criminals used hand grenades to threaten or pressure business owners in the Netherlands. He also asked how often a municipality closed a business after such an incident.

Grapperhaus could not answer that last question, because it is not something that is registered. He also could not say whether there is a trend in the use of hand grenades as a threat.

According to Groothuizen, the number of incidents with hand grenades in Amsterdam decreased after the municipality decided not to automatically close a business after an explosive was found there. He called the closure particularly harsh for the entrepreneurs, who are already victims of the threat.

In August there were five incidents involving grenades in the Amsterdam area. A grenade exploded in apartment building Buekehnorst in Diemen on August 31st. An explosive was found on Voetboogstraat on August 16th. A day earlier a grenade exploded in front of the Marovaan restaurant on Johan Huizingalaan. And the day before that explosives were found on Jan Evertsenstraat and again Johan Huizingalaan. A grenade also exploded in front of a home on Nieuwenhuysenstraat in the Amsterdam district of Slotermeer on July 25th.

The police don’t understand why these criminals are using grenades in these attacks because it is illegal to possess and use grenades in the Netherlands.  And because of extreme political correctness, the police are not allowed to publicly acknowledge that all of these attacks were carried out by Arabs, which makes it very difficult to investigate these crimes.  Basically, these Arab invaders have turned Amsterdam into a typical war-torn middle eastern country that is just as dangerous as the ones they left.

If you regularly follow Dutch news, you’d be amazed at how often there are explosions reported in the news — it’s literally become a routine news item, and nobody dares notice it for fear of being called a racist.  And the authorities have no plan to curb this crime wave because that would be seen as “targeting” or “racially profiling” Muslims, and clearly the Dutch people would rather disappear from the pages of history than be called “racists”.