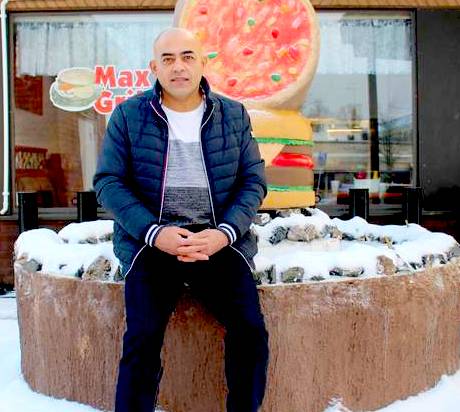 Mohammed Rashid, a Muslim small business owner in Finland, wrote an article in a local newspaper in which he explains why so many Muslim men who immigrate to White countries commit rape:

Rape in Islamic countries are greater than they are elsewhere, but the women do not complain to police authorities because they know that they will not be defended. 80% of women in Islamic countries are raped, and even if they aren’t raped before marriage, they’ll be raped in marriage because the majority are forced into marriage. According to (Islamic) religion, men are allowed to have sex with women without their consent. Islam’s prophet Mohammad supports this. He has a well-known saying: “You can have sex with a woman, even if she’s near death, otherwise she’ll go to hell”.

In the Islamic faith, a woman has no value at all, they are only taken advantage of. Those foreigners coming to Finland, they have been forbidden sex relations from birth. In my opinion, the greater reason is that Muslims view Finnish women as whores because in the koran it states clearly that those who have sex before marriage are a whore. If someone wants to still investigate further, just read a koran in Finnish. In other words, rape happens because the man is lacking sex, a sense of civility, a certain kind of religious upbringing and in their opinion women are whores.

In my opinion, they should be taught Finnish culture. They should be lectured on right and wrong, and their religion shouldn’t be funded. In many cities, there are mosques receiving funding. I’m bothered by the fact that, we work, and our tax money is used to fund mosques, and because there is a koran being taught which might result in the spreading of islamism and with some of them joining ISIS. Generally, imams are unemployed.

What amazes me, is that if someone wants to travel to Mecca, they must change their religion, in other words to become a Muslim, even though it might be just a short trip, and still, we are funding mosques. This brings up a question. I have written extensively about Islam related issues, with many good responses. But I also receive problems because I speak so directly about Islam, because much of my family belongs to the Islamic faith.

I’m also bothered by the actions of the US, Canada and other EU-countries that have created problems, and will continue to do so in the future. For an example, Germany has taken in over a million of refugees and now they have problems with Islamic extremism (ISIS). In an authentic, original koran, 80 times the word kill is mentioned. I’ve said it myself and still say it again: “kill a lion before you get eaten yourself”.

In other words, Islamist extremists are not wanted in Finland, the Finnish people do not need Islamic extremism, not now nor into the future. Immigrants/lions coming into the country have to be taught to respect Finnish culture and laws. If the lesson isn’t learned, then they should be deported back to their own culture.

I hope that this will continue to be the case. I’ve wanted to write about Islamist extremism twice already, but the Itä-Häme (paper) wouldn’t print my article. Still when they are so few of them the paper refuses to publish about it, what happens in 20 years time when there are much more of them. Then you won’t be able to say anything at all. That’s a dangerous change. Soon we won’t be able to speak about anything that we want to speak about.

I hope that you won’t generalize about all foreigners or Muslims. The issues about Islam are solely about Islamic extremists who want to follow all of the koran’s dictates.

So, this Muslim is trying to convince us that Muslims who rape White women in Europe are “victims” of Islamic extremist brainwashing, and if these men weren’t brought up and indoctrinated into this radicalism, they wouldn’t be raping both their own women and the White women of their new host nations.

Everybody needs to get rid of the “extremists” so we can all live peacefully together (in your formerly White countries, goy).

Many surveys have found that at least 50% of women in Africa will be raped in their lifetime, but nobody is blaming “Islam” for this rape epidemic there.

No, in Africa, they blame rape on the lack of “education” or some such nonsense.

The reality is that rape among non-Whites is far more common, even in White countries — yes, some Muslims don’t commit rape, but how many more White women need to be raped before we shut the door on all of them?

As long as we are not “allowed” to make accurate generalizations about our enemies, we won’t be allowed to keep them out our countries and keep our women safe.