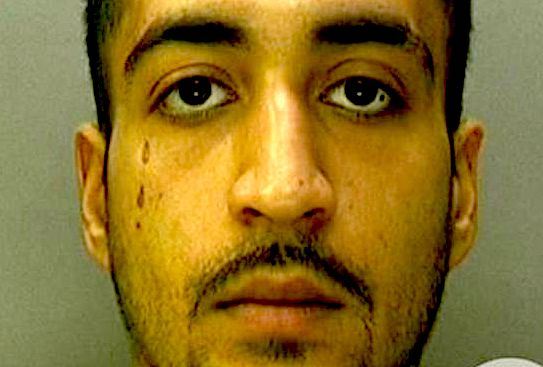 A migrant burglar who had sex with a corpse after breaking into a funeral parlour has been jailed for six years:

Kasim Khuram, 23, had sex with a woman’s body after lifting the lids of coffins at the Central England Co-Operative undertakers in Walsall Road, Great Barr, Birmingham, on 11 November.

“I am not aware of – and nor have I been able to find – any similar case. It would be difficult to think of a greater depravation of the dignity of the dead,” he said.

Khuram, of Kenilworth Road, Aston, forced his way into the parlour at about 03:00 GMT while high on Mamba and PCP and after drinking vodka.

He disturbed “multiple coffins” and desecrated the bodies of two women.

He was arrested at the scene by police officers alerted by the parlour’s alarm.

The court heard he was sectioned for two weeks after being interviewed by police as he was showing signs of “drug-induced psychosis”.

Khuram wept as victim impact statements were read out in court, and his defence barrister Joseph Keating said he was “deeply sorry” for his actions.

The victims’ families described him as a “monster” who had “twisted a knife” in their hearts.

Khuram, who previously admitted sexual penetration of a body and burglary, was also ordered to register as a sex offender for 10 years.

Nothing to see here, folks, just a little “drug-induced psychosis.”

Of course, the judge had never seen such a case before because England had never been “enriched” by so many Muslims, Asians, and Africans before.  When you bring people from the Third World into a White country, you will also bring their depravity, violence, and chaos.  They will bring levels of degenerate behavior  that you thought were impossible.  If it weren’t for “drugs”, this Muslim never would have raped a corpse, right?

But not all Muslims burglarize funeral homes and rape corpses, you say.  We are told that there is good and bad in “everyone.”  Arabs and Africans, if they are given a “fair” chance, will be productive members of society, or so we are told.  Race has nothing to do with someone’s criminal behavior.  Yes, all the rape gangs in England are non-White, but gang rape is a cultural misunderstanding, and culture has nothing to do with race.  You could just as likely have been born a Black African as a White European.  Who cares what country your rapist was born in?  What’s important is that you were raped, not who raped you.  Rinse, repeat.