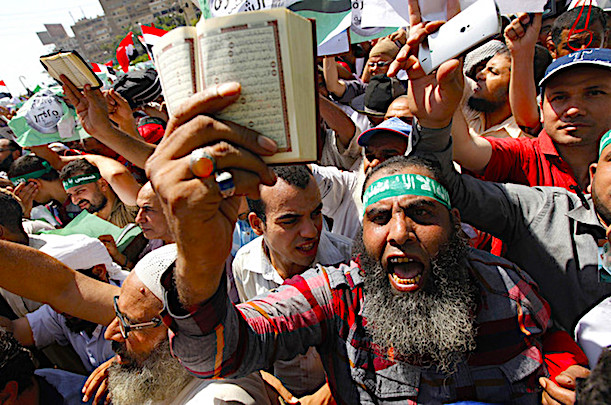 A major Arab media personality caused a storm of controversy over the weekend when he tweeted that Zionism is the “most successful project of the past century”:

The tweet was issued by Faisal al-Kasim, a pugnacious but widely admired host on the Qatari network Al Jazeera. A Druze born in Syria, al-Kasim runs the popular but also controversial talk show The Opposite Direction, and is often extremely critical of Arab and Islamic regimes in the Middle East.

He touched off the latest firestorm when he tweeted, “The majority of Arabs, if they want to insult you, describe you as ‘Zionist,’ knowing that the most successful project of the past century and the present is the Zionist project, while all projects of the Arabs, especially Arab nationalism, have failed.”

The remarks ignited a significant negative reaction. Ahmed Moussa, a popular Egyptian television personality, said, “Someone at the Israeli station Al Jazeera flattered Israel. Faisal al-Kasim showed us the true face of Al Jazeera — they are spokesmen for Israel.”

Al Jazeera is not an Israeli station and is often extremely negative in its coverage of the Jewish state.

“He fled Syria, there is a death sentence on him,” Moussa said of al-Kasim. “He belongs to terrorist organizations, to a Zionist station. He and Al Jazeera give us a headache.”

In response to the attacks on him, al-Kasim issued another tweet, saying, “I said in a previous tweet that the Zionist project succeeded, unlike the failed Arab projects, and many people retaliated and considered the tweet a kind of praise for the Zionists.”

“Ok, come to the referendum: Who are the most advanced, developed, democratic, and successful … Israel or the Arab regimes?” al-Kasim said, with a poll beneath for readers to vote on the issue.

The poll showed 81.7% of the respondents picked Israel…

Later, al-Kasim expanded his poll of respondents, writing, “Many were annoyed when I said in a previous tweet that the Zionist project was the most successful project in the region. Before you get upset come to this referendum. Which of the following projects are most successful and powerful now?”

He listed “The Arab National Project,” “The Zionist Project,” and “The Islamic Project.”

The poll showed 70.5% of respondents voted for “The Zionist Project.”

Of course, ‘The Zionist Project’ isn’t just about the nation of Israel; rather, it’s about world conquest with the Jews ruling the world from Jerusalem after they have ‘re-built’ their ‘Third Temple’.

And most Muslims are too narcissistic and arrogant to realize that they are being used by the Zionists in order to racially destroy all White nations through unrestricted Third World immigration, which includes the ‘islamification’ of those Christian lands.

Jewish-funded ‘immigrant assistance groups’ make sure that Muslim invaders in Europe are immediately granted unrestricted ‘human rights’ so that when they rape, rob, and murder their White hosts, they enjoy virtual legal impunity.  And any White person who objects is thrown in jail for ‘inciting’ hatred.

Not one single Muslim would have ever entered a White nation had not the Jews green-lighted the plan from the beginning.

Every Muslim who dwells in any White country right now should get on their knees facing Tel Aviv and give thanks and praise to the Jews for allowing them to be part of their plans for world conquest.

That is the only success that ‘The Islamic Project’ will ever be allowed to experience — they can be useful idiots, pawns in the game, who help the Jews undermine and destroy the only people in the way of their world conquest: the White race.