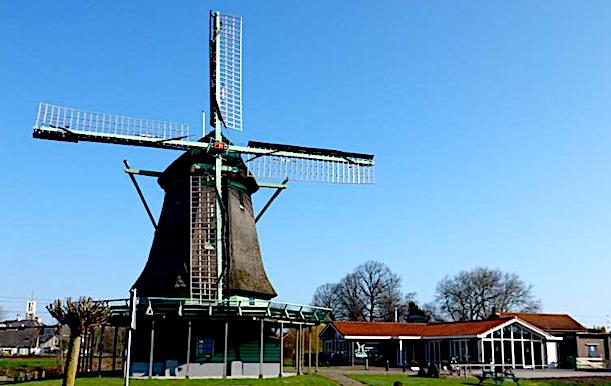 After receiving a strong dose of diversity, the ‘new normal’ for New Years celebrations in the Netherlands involves downplaying death, riots, arson, violent attacks, and where even the torching of an iconic Dutch windmill is barely worth mentioning amid all the other mayhem:

At midnight the Netherlands rang in 2020 with firework shows in Rotterdam and The Hague, where the thick fog cleared just in time. While Justice Minister Ferdinand Grapperhaus said he feared a “wild west party” this New Year’s, there were no major incidents. There were, however, a very large number of car fires, especially in The Hague region, and multiple incidents of aid workers and first responders being attacked or harassed, according to various Dutch media.

The Hague was expected to be very restless over New Year’s, given riots and incidents in Duindorp and Scheveningen after the annual New Year’s bonfires were canceled. There were no major riots, though the police did bar access to Duindorp as a precaution. There were a massive number of car fires, however. By 1:30 a.m. a total of 64 car fires were reported in and around The Hague, according to Omroep West. For comparison, last New Year’s the city counted 28 car fires.

At this stage there is not yet a complete overview of all incidents in the country, but the police had to intervene in multiple places. For example, riot police were deployed to a car fire in Utrecht to assist aid workers who were being pelted with fireworks in the Kanaleneiand district. First responders also had fireworks thrown at them in Vianen, De Bilt, Ede, Zeist and, The Hague, among others, according to NOS.

Fire departments also had their hands full with other types of fires. A man and a 4-year-old boy were killed, and a woman and girl seriously injured, in an apartment building fire in Arnhem. In Bovenkarspel, Noord-Holland, the historical Ceres windmill from 1848 went up in flames. In Veendam there was a fire in an empty store, in IJsselstein in an old school, and in Amsterdam in a paper storage center, according to NU.nl.

How much of historic Holland needs to go up in flames before the Dutch people have had enough of this experiment in diversity?

They have been cowered into not complaining as their way of life has been irrevocably changed for the worse, and any objections to their own replacement and destruction is considered ‘hate speech’.

It’s hard to imagine, but there are places in Holland that experience violence that even American cities have yet to see, such as daily hand grenade attacks and robberies, and now routine mail bombings.

And migrants use “fireworks” as weapons to terrorize and destroy, not just celebrate like ‘normal’ Dutch people.

But the Dutch have learned to grin and bear it, pretending that once they get past this difficult ‘adjustment’ period, their new multicultural Holland will become the Marxist Utopia that their overlords keep promising them.