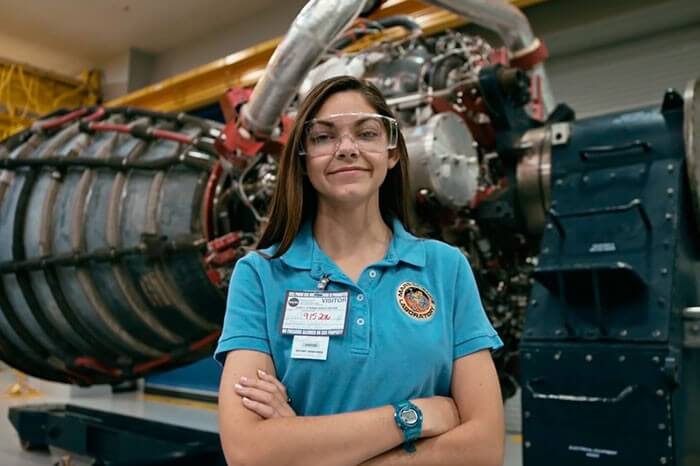 “Alyssa Carson is a 17-year-old girl from Baton Rouge, Louisiana whom NASA is training to become an astronaut. Her dream is to be the first person on Mars and she’s aiming for the 2033 first human mission to Mars. And the girl certainly has everything she needs to get there.

Being the first person to complete the NASA Passport Program by going to all 14 NASA Visitor Centers, Alyssa is also the youngest person to be accepted and graduate the Advanced Possum Academy, officially making her certified to go to space and an astronaut trainee.

On top of astronaut training, she is also studying all of her school subjects in four languages (English, Chinese, French, and Spanish). “The biggest [challenge] is time and getting everything done at such a young age while also still attending high school. Continuing to train at a young age will also be further difficulties for me but I have done great with it so far.” Alyssa told Bored Panda.

As her friend mentions in the video below, Alyssa is well aware she can’t get married and start a family, however, Carson understands it and is determined to put it aside in order to achieve her dream.”

In 25 short years, not only will Alyssa be 42 years old and virtually past child-bearing age, she will probably also be too old to be on any mission to Mars. So she will have given up having a family for absolutely nothing.

Not only that, there is no way NASA is going to be sending humans to Mars within the next 25 years anyway – the enormous technological hurdles at this point are far beyond our current abilities.

And with more and more diversity hiring such as Ms. Carson, NASA has virtually assured us that we will be stuck here on Earth for the foreseeable future.