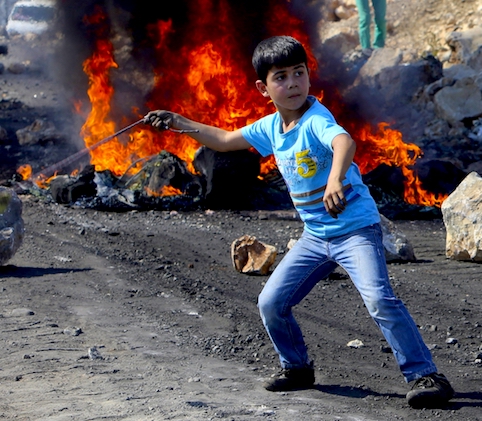 Celebrating the US administration’s recognition of Israeli sovereignty over the Golan Heights, Prime Minister Benjamin Netanyahu on Tuesday made a dramatic statement that not only appeared to contradict a core tenet of international law, but also could foreshadow a potential Israeli annexation of the West Bank:

“There is a very important principle in international life: When you start wars of aggression, you lose territory; do not come and claim it afterwards. It belongs to us,” he said, referring to the 1967 Six Day War, during which Israel captured the Golan from Syria.

The subtext was clear: States are allowed to annex territory gained in defensive wars.

A few hours later, a senior Israeli official reaffirmed that point, hinting that US President Donald Trump’s Golan recognition supports Israeli claims to other territories Israel captured in defensive wars — such as the West Bank.

Everyone insists that “it’s impossible to hold onto occupied territory, and behold — it is possible,” the senior official said. “If it was captured in a defensive war, it is ours.” The speaker was identified by The New York Times as Netanyahu himself.

This statement is dramatic: the Israeli prime minister appears to negate one of the central pillars of modern diplomacy — the absolute rejection of acquisition of territory by force.

In condemning Israel’s de facto annexation of the Golan in 1980, UN Security Council Resolution 497 — which was adopted unanimously, including by the US — reaffirmed “that the acquisition of territory by force is inadmissible, in accordance with the Charter of the United Nations, the principles of international law.”

…That’s why even some Israeli legal experts were taken aback by Netanyahu’s statement.

“The Golan is Syrian territory, and you don’t acquire territory from another state in a defensive war,” said Robbie Sabel, a scholar of international law and former legal adviser to Israel’s Foreign Ministry. “The fact that you’re acting in defense gives you the right to occupy enemy territory. It doesn’t give you the territory.”

…Other experts disagreed with that analysis.

“The relevant international law only prohibits taking territory in a war of aggression,” said Eugene Kontorovich, the director of international law at the Jerusalem-based right-wing think tank Kohelet Policy Forum.

“Indeed, if international law does not allow attacked countries to make border changes in some circumstances, it would actually invite aggression, because the attacking country would be [insured] against losses to the defender.”

Of course, Israel has never waged any war of aggression, and we know this because that’s what the Israelis claim, and they would never lie to justify their ongoing and relentless land grab.  Every square inch of land that Israeli claims for its own was won defensively, only after Palestinians threw rocks at their armor-plated tanks.  Every year Palestine has gotten smaller and smaller because Palestine is waging an offensive war against Israel, or so we are told.

Israel has no intention of stopping their annexation of Palestinian land now that they have been awarded the Golan Heights.  If anything, securing the Golan has only made Israel even more aggressive as they are now closer than ever to their dream of uniting “Eretz” Israel.  Scholars can argue international law all they want, but as long as Israel claims to be waging a defensive war, no one can legally stop them from eventually taking the West Bank and Gaza, thereby truly wiping Palestine completely off the map.