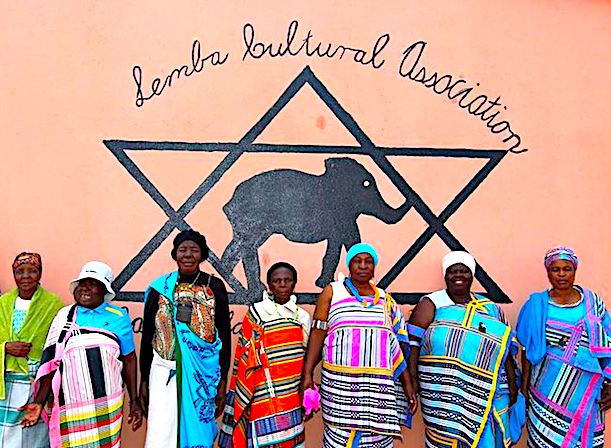 Prime Minister Benjamin Netanyahu is rightfully concerned about a recent Israeli Supreme Court decision requiring the government to recognize Reform and Conservative conversions performed in Israel which could potentially lead to the country being “overrun” by undesirable African Blacks claiming to be “fake” Jewish converts:

Netanyahu’s statement, made in an interview with Jerusalem Post reporter Lahav Harkov, came about a week after the court decision reignited a battle over Jewish conversion between liberal Israelis and Netanyahu’s haredi, or ultra-Orthodox, allies.

Those allies do not want non-Orthodox leaders to have control over who is recognized as a Jew in Israel; liberal Israeli activists say change is sorely needed.

The Supreme Court ruling, while cheered by non-Orthodox leaders in Israel and around the world, is narrow in scope: It applies only to Jews who have converted under non-Orthodox auspices within Israel’s borders, which encompasses a small number of people. Still, haredi politicians and leaders have fulminated against it, with one haredi party implying in a campaign ad that the Reform movement would convert dogs to Judaism.

Resistance to the ruling dovetails with another hot-button political issue in Israel: the status of African asylum seekers in Israel, a population of roughly 30,000.

One haredi party, Shas, published a Facebook post last week that appeared to feature African asylum seekers. The post claimed without evidence that “thousands of infiltrators and foreign workers will become Jewish through Reform conversion.”

Netanyahu echoed that claim on Tuesday. He suggested that the court decision could allow African asylum seekers to take advantage of Israel’s Law of Return, which grants automatic citizenship to any Jew who applies.

“The real question we have is [how] to prevent fake conversions that could enter the country,” he said in the interview, which was broadcast by the Tel Aviv International Salon. “You know, a lot of people want to come into Israel. In fact, I put up a fence, they call it a wall, but I prevented the overrunning of Israel, which is the only first-world country that you can walk to from Africa.

“We would have had here already a million illegal migrants from Africa, and the Jewish state would have collapsed.”

Netanyahu was referring to the construction of a fence several years ago along Israel’s southern border, which essentially stopped an influx of tens of thousands of African asylum seekers who had arrived in Israel in the preceding years.

There is no evidence that any significant number of non-Jewish Africans living in Israel have sought to convert to Judaism or have attempted to gain citizenship through conversion. On Sunday, Rabbi Gilad Kariv, a Reform leader running for Israel’s parliament with the Labor Party, wrote on Facebook that “The Conservative and Reform movements in Israel convert only those who have residency status. Not labor migrants. Not asylum seekers. Not tourists.”

But when Harkov asked Netanyahu if he was concerned about the possibility of Africans coming to Israel and converting to gain citizenship, he said, “Not only from there, you can have it from the entire world.”

“We can solve the problem of conversion for all streams and all denominations in Judaism, but we also have to protect the borders of Israel so that we’re not overrun,” he said. “And I think we can find a balance between the two.”

Netanyahu also said that non-Orthodox Jews from outside of Israel were welcome to immigrate.

The asylum seekers, mainly from Eritrea and Sudan, say they were fleeing war and oppressive regimes, and seeking a safe haven in Israel. Netanyahu’s government, however, has claimed that they are economic migrants who came to Israel looking for work. The government has declined to recognize the vast majority of them as refugees and refers to them officially as “infiltrators.” It has sought to deport them or urge them to leave the country voluntarily.

For years, Israel sent thousands of African asylum seekers to live in a detention camp on the Egyptian border. Israel closed the camp in 2018.

Of course, all asylum seekers are economic migrants — and they flow only one way — from black countries to white.

And no one knows this better than Netanyahu — Israelis and European Jews have been instrumental in aiding and abetting the mass flood of Third World migrants into Europe in order to destroy it — and distract Europeans from what the real problem is.

Despite the fact that Israel’s population is rapidly aging, there are no calls, like in Europe, for the “need” to import young, “vibrant” and “energetic” workers from Africa to replace them, as the singer Bono has demanded.

In fact, the EU wants to pass legislation that would make it a “hate crime” to oppose flooding Europe with Third World invaders.

If any leaders of White countries express the same concerns as Netanyahu, they will immediately be called a “racist” — for the simple reason that White countries have an obligation to house and feed the entire Third World — for our past “sins” of “imperialism”.

And clearly word has gotten out among the Africans that if they pretend to convert to “Judaism”, they will get to live a comfortable, subsidized life in Israel supported by the U.S. taxpayers.

But Israel has been unapologetic and ruthless in their handling of their “African problem” — even going so far as to sterilize Ethiopian migrants to make sure their numbers don’t get out of hand.

It was a Jewish “scholar” named Menasseh ben Israel who wrote a book in 1652 titled The Hope Of Israel in which he made up the whole preposterous idea that the “lost tribes of Israel” were among the indigenous peoples in the Third World — and now 400 years later, that lie is coming back to their own door step.

But the biggest lie behind this entire issue is that the Ashkenazi “Jews” who dominate Israel are not even real Israelites themselves — they are Khazars who converted to Judaism around 900 AD.

If the “Jews” were really honest about themselves — which has never been their strong point — instead of calling their country “Israel”, they would call it New Khazaria or Ashkenazia — or Yiddishland, their nickname for Russia under Judeo-Bolshevik domination.

Perhaps these “Jews” of Israel need a little taste of diversity — and practice what they preach the rest of the world: