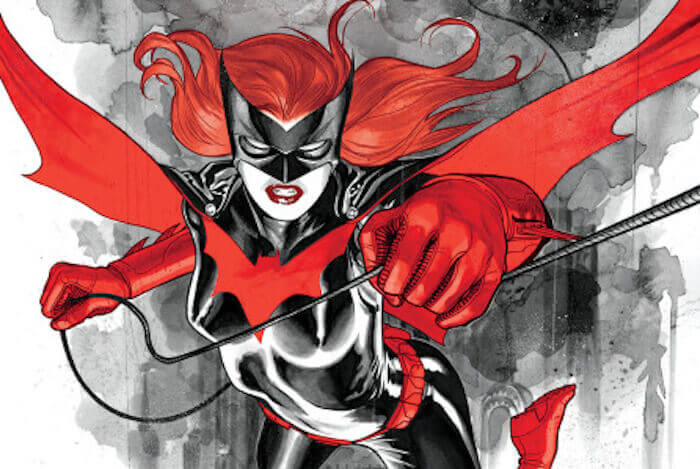 The new Batwoman TV series will feature a “Jewish lesbian” who has a “passion for social justice” – according to reports:

The CW has put in development a Batwoman series for 2019 consideration. It hails from former The Vampire Diaries executive producer Caroline Dries and the architect of the CW Arrowverse, Greg Berlanti.

In Batwoman, written by Dries based on the DC characters, armed with a passion for social justice and a flair for speaking her mind, Kate Kane soars onto the streets of Gotham as Batwoman, an out lesbian and highly trained street fighter primed to snuff out the failing city’s criminal resurgence. But don’t call her a hero yet. In a city desperate for a savior, Kate must overcome her own demons before embracing the call to be Gotham’s symbol of hope.

Batwoman already has been a trailblazer for LGBTQ+ representation in comics. After a long hiatus, she was reintroduced to the DC comic universe in 2006 when she was established as a Jewish lesbian, becoming the first-ever lesbian superhero title DC character. Now Batwoman would become the first gay lead character — male or female — of a live-action superhero series. (DC, Berlanti and Warner Bros. Animation previously collaborated on the first animated show with a gay lead, Freedom Fighters: The Ray on CW Seed).

Of course, this show will be a ratings disaster – but the producers know that it will fail financially. The real purpose of the show is to introduce a new level of depravity to the comic book reading youth culture – and push the genre further to the radical Left.

Over 90% of the comic book sales are to White males, none of whom are interested in jewish lesbians, but that just proves how much these nation-wreckers are willing to spend to subvert society even if it means they lose millions in the process.