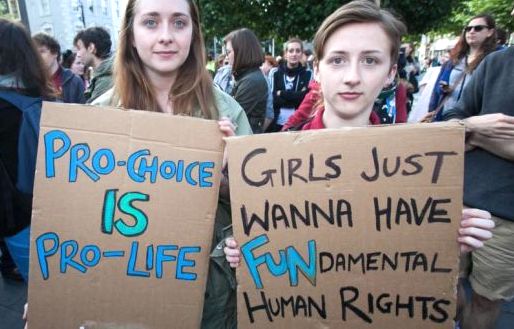 Clark said: “Documenting and reporting human rights violations is a major part of eradicating their existence. This bill would ensure that our State Department maintains its vital role as an international watchdog and protector of women’s rights no matter the ideology of our White House.”

The bill has 51 co-sponsors, all Democrats. Rep. Lois Frankel (D-Florida)said in a statement: “Women’s rights are human rights. There is no greater right for women than to be in charge of their own bodies.”

HR 7228‘s purpose is “To amend the Foreign Assistance Act of 1961 to include in the Annual Country Reports on Human Rights Practices a section on reproductive rights”. “Reproductive rights,” in turn, are to include the right of “women and girls” across the world to “access…safe abortion services, in accordance with such country’s laws, including post-abortion care”.

Reporting for LifeNews on Dec. 11, Micaiah Bilger writes: The pro-abortion bill, the Reproductive Rights are Human Rights Act, would require the U.S. State Department to include abortion on demand and other reproductive rights in its annual human rights report. It is a reaction to the Trump administration, which, earlier this year, prioritized real human rights issues by removing references to the so-called “right” to abort an unborn child from the report….

The report represents a significant change from pro-abortion President Barack Obama’s administration, which promoted the killing of unborn babies for any reason up to birth as a woman’s “right.”

The Jews have cleverly rebranded infanticide euphemistically as “reproductive choice” and women have fallen for it.  How do you convince women to voluntarily kill their own unborn children without being overwhelmed with debilitating shame and guilt?  Sell abortion to them as “freedom” and “equality”.  After all, who doesn’t like freedom and equality?  The French Revolution was a literal bloodbath in the name of “freedom” and “equality”.  If you want to make an omelette, you have to break a few eggs.

And the freedom that was promised to women hasn’t turned out as promised.  Instead of being “trapped” by motherhood, women are now trapped in stressful, unsatisfying careers along with a series of unfulfilling sterile and childless sexual relationships with no real commitment or future.  And all this “freedom” was made possible by voluntarily sterilizing themselves with birth control pills and abortions, a small price to pay to ensure their “human rights”.