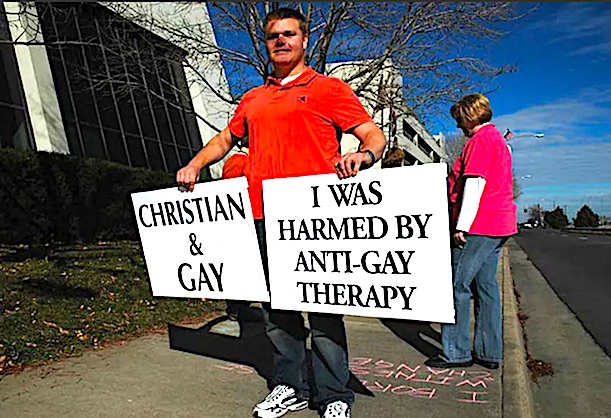 “The ultimate goal is to silence the Christian church in Canada. It is to silence us from talking. It’s totally totalitarian,” the retired expert in counseling survivors of complex trauma told participants at a Campaign Life Coalition clergy luncheon this week.

“It’s about banning…the central ministry of the church, which is conversion… And it’s about banning the ministry to the brokenhearted,” said Dr. Ann Gillies, author of the 2017 book Closing the Floodgates, an analysis of propaganda promoting the sexual revolution.

“And it’s banning the ability of conversion, not conversion therapy, but the power of God to change people. That’s really what’s at the heart of this bill.”

Gillies told pastors and priests at the event organized by Canada’s national pro-life, pro-family political lobbying group that she’s speaking out on Bill S-202 because she’s been “impacted by the LGBTQ community for 40 years.”

…The federal bill in question is S-202, introduced by now-retired Senator Serge Joyal, and currently under the direction of Senator René Cormier and at second reading.

S-202 defines “conversion therapy” as: any practice, treatment or service designed to change an individual’s sexual orientation or gender identity or to eliminate or reduce sexual attraction or sexual behaviour between persons of the same sex. For greater certainty, this definition does not include a surgical sex change or any related service.

That definition is so broad that if Bill S-202 was passed, pastors could not counsel people against watching homosexual pornography, and 12-step programs such as Courage – which helps Catholic individuals with same-sex attraction live chastely – as well as Protestant “ex-gay” ministries such as Exodus International would “be on the chopping block,” Gillies contended.

But that’s Wells’ express intention, she said. “He has a strict agenda to go after the churches.”

In an October 2019 press release announcing his booklet Conversion Therapy in Canada: The roles and responsibilities of municipalities, Wells included “reparative therapy,” which, as Gillies noted, was developed by late American psychiatrist Dr. Joseph Nicolosi; “re-integrative therapy”; and “sexual orientation and gender identity change efforts” as forms of conversion therapy.

Gillies emphasized that Wells dropped in the midst of that list “spiritual prayer” and “exorcism.”

For the ongoing Bolshevik Revolution in Canada to succeed, Christians must be silenced, and the easiest way to do that is through the back door by passing laws that chip away at it so that it dies of a million cuts.

It is already considered a ‘hate crime’ to read passages from the Bible that denounce homosexuality as a sin, and Christians have already gone to jail in Canada for doing so in public.

Roman Baber, a jewish Soviet-born lawmaker in Canada, has called for the removal of all ‘offensive’ Christian displays in public.  The fact that he wasn’t immediately run out of office tells you who’s in charge in Canada, and it’s not the people.

And if you dare warn your fellow Canadians of the identity of those who are turning the country into a Soviet-style politically-correct gulag, you will soon receive a knock on your front door from the ‘thought police’.

Canada has made it clear that ‘gay rights’ are more important than your rights as a Christian, or even your freedom of speech or conscience if you aren’t a Christian.  And truth, in Canada, is no longer a valid legal defense if you’re speech or prayers have managed to offend a protected class or minority.