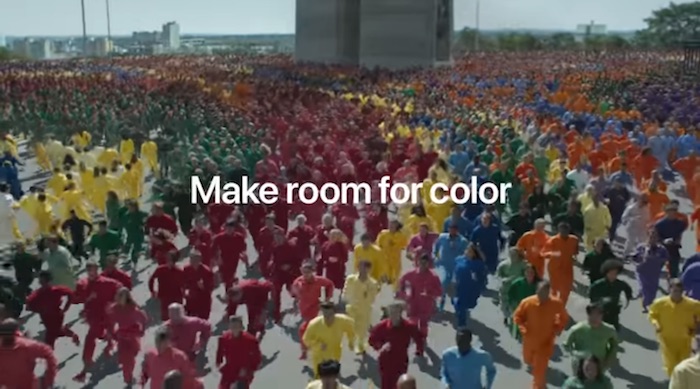 The new commercial for the iPhone XR includes blatant and subversive pro-immigration propaganda, making the invasion of White lands by colored criminals dressed in prison jumpsuits look cool and hip:

Of course, they throw enough White people among the flood of color here to not make this propaganda too obvious, but its intent couldn’t be more in-your-face if you have the eyes to see it.  Our formerly White lands are being overrun, and we are expected to welcome this atrocity as the ultimate hipster expression of fashion and cool.  Despite the White faces you see in this commercial, the End Game of this flood of colorful diversity is the complete obliteration and replacement of Whites from their own lands.

If you want to know who is behind this nation-wrecking agenda, just listen to the jewish activist, Barbara Lerner Spectre as she identifies exactly who is doing it to us and why: