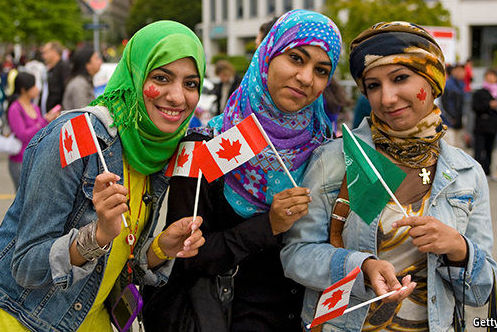 As migrant Muslims flood into multicultural Canada and seek political control, they are finding out how easy it is to rewrite history, now going so far as to claim that Islam is a “native” religion of Canada:

In case you have not heard of the Islamic Party of Ontario, its name was officially reserved under Elections Ontario rules in October 2018, with more steps required before it becomes a formal party.

It operates with a mandate to introduce Islamic rule in Ontario and Canada because, according to the fledgling party, “We understand and believe that Islam is the native DEEN (religion) of Ontario and Canada.”

The Islamic Party of Ontario is headed by one Jawed Anwar, who operates out of the Toronto neighborhood of Thorncliffe Park.

In a column posted at the end of October targeting American activist Laura Loomer, Anwar described me as “… Islamophobe Tareek (sic) Fatah in Toronto Sun. Tareek is an open enemy of Islam and a hate-purveyor.”

Non-Muslim readers, even police and politicians, would not know the significance of the allegation, but every Muslim on earth is aware of the implications of accusing a Muslim of being an ‘Islamophobe’ or being “open enemy of Islam.”

An allegation such as the one labelled against me is the equivalent of declaring me an ‘apostate,’ which makes it a duty of other Muslims to kill me and thus secure a place in Paradise for themselves.

For those who are living in 2019 and the 21st century, this may sound like a joke. But those who are still living as if it is 1019 in the 11th century, the beheading of an alleged Muslim apostate is part of their heritage and faith.

…Before this Trojan Horse can enter the gates of mainstream Toronto and Ontario politics by the ever-eager diversity-seeking politicians, perhaps you, the voters need to know what the Islamic Party of Ontario claims to desire in Canada, according to their posted principles and policies.

-Establish Islam as the natural religion of Ontario.
-Quash LGBTQ rights because “God made Adam and Eve –not Adam and Steve.”
-A complete ban on abortion except in a situation when a mother’s life is in danger.
-End the concept of “gender identity” or “seven-colour gender,” a false concept.
-Ban liquor, drugs, adultery, and gambling.

It was the liberals of Canada who welcomed the Muslim hordes into the country with open arms, but these same liberals are now starting to realize that Muslims stand against the foundational “values” of liberalism, such as their sacred right to abortion on demand and transgenderism.  Ironically, it has been Islam’s stance against liberalism that the jewish media has also used to sell “conservative” Islam to conservative Christians, convincing them that they have so much in common, leaving out the part that Muslims consider Christians to be idolators who should be put to death.

But liberal Canada deserves this new rewriting of their history, elevating Islam as a “native” religion.  After all, the p.c. police in Canada have already claimed that “indiginous traditions” are on par with Christianity as Canada’s native religion.  In reality, Christianity is the only “native” religion of Canada because Canada did not exist prior to the settlement of Christians in Canada.  There would be no “indiginous rights” or “freedom of religion” in Canada that foolishly allows for Islam to openly thrive without misguided White Christian people to recognize those rights.  And White people are slated for replacement — the dilemma of liberalism. 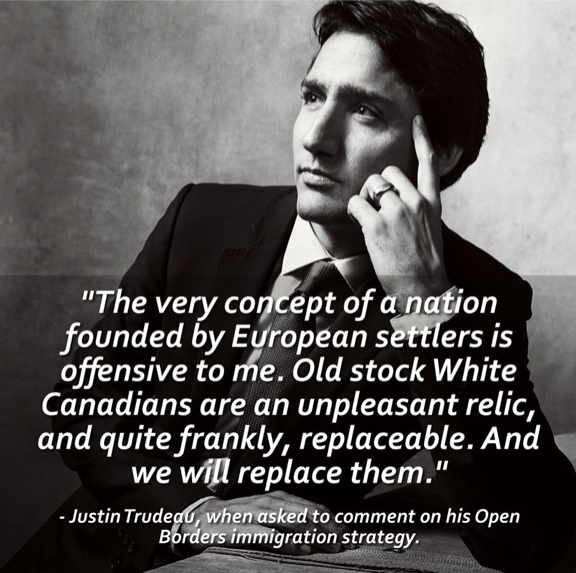