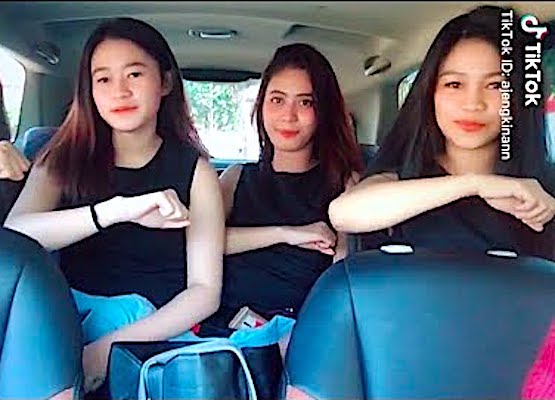 A new study conducted by an Israeli professor and ‘expert’ in ‘counter-terrorism’ is raising the alarm that antisemitic ‘right wing’ extremists are exploiting the Chinese TikTok app to recruit impressionable children into their vast underworld of online ‘terrorism’:

The Study was written by Gabriel Weimann, professor of communication and senior researcher at the Institute for Counter Terrorism (ICT), professor emeritus at the University of Haifa and guest professor at the University of Maryland, and Natalie Masri, a research assistant and graduate student at ICT. It is going to be published in the academic journal Studies in Conflict and Terrorism.

Weimann is an expert in the online activities of terrorists, and has been studying them since 1998. While he previously focused on other groups, such as Islamist terrorists, he recently shifted to studying the far Right. This, he told The Jerusalem Post, is because of how widespread it has become in recent years.

“The far Right is now the most dominant source of terrorism in the world,” Weimann explained. “More people are killed by the far Right today than by Islamist terrorists.”

In addition, the far Right has also gone unchecked for too long, he added, as it has only recently begun to be considered terrorism.

“The far Right has traditionally been protected from being defined as terrorism because they were protected by free speech and politics, among other things,” Weimann said. “But recently they started going beyond hate speech and have started committing actual, public attacks.”

…Weimann discovered the presence of the far Right on TikTok by accident, with research assistant and co-author Masri having found it while doing research online…

While many users seek only to upload humorous and entertaining memes, others use the app to spread hateful messages, with many of them sharing neo-Nazi and white supremacist propaganda or calling for violence against Jews and people of color.

TikTok is the fastest growing app and social media platform in the world. It’s the seventh most downloaded app of the decade with over two billion downloads, and it boasts a user base in the hundreds of millions…

“The app is marketed towards young children, from the age of 4-5 to 15-16: a very innocent and gullible audience,” he told the Post.

…This exposure to hateful content at such a young age is especially dangerous, because it has the potential to glorify hate crimes and seduce impressionable youths into developing extremist views, or even committing violent acts themselves.

“There is a direct correlation between the rise of far-right extremism and the far Right’s presence online,” Weimann explained. “All of the far-right individuals who committed terrorist attacks against synagogues – like in Halle, Pittsburgh and Poway, and mosques, like in Christchurch – were active online, uploading extremist content and being exposed to the extremist content of others. Some of these terrorists became heroes, too. Brenton Tarrant, who was behind the 2019 Christchurch mosque shooting in New Zealand, videoed and livestreamed his attack, and he’s now celebrated.”

…“It’s a different audience. That means they [the far Right] are trying to seduce those that are the future fighters,” he told the Post. “This is not about adults who will commit attacks within a day or two of seeing such content, but more about recruiting and seducing the next generation of far-right extremists. The seduction is a gradual and sophisticated process, and all those extremists we find today as adults were exposed to extremist content online.”

…The study found that a majority of the far-right hate speech on the app was related to antisemitism and Holocaust denial. This included videos of Nazi rallies with a variety of antisemitic messages…

And yet, it isn’t as if TikTok is incapable of regulating the content on the platform…

“Unlike most other online platforms that are, in a way, Western and owned by Western companies, TikTok is a Chinese company, so it’s harder for them to be responsible with regulating their content,” Weimann explained. “They aren’t pressured the same way (((Americans))) can pressure Facebook to moderate content.”

So, in other words, the Jews cannot yet pressure the Chinese to censor speech that the Jews don’t like — quite yet — but given the increasingly cozy relationship developing between Israel and China, that won’t be far off.

But apparently, it’s a common fear among Jews that social media is a recruiting ground for “Neo-Nazis”.

And Jews, of all people, know how important it is to brainwash young, impressionable children into their radical Judeo-Marxist extremism — to ensure that they will grow up to be clueless about Jews and their agenda.

But, of course, the ‘far Right’ is not the greatest source of ‘terrorism’ in the world today — that is, unless you listen to the Anti-Defamation League, which has been refuted and discredited by Jews themselves.

Radical, kosher-approved Liberal extremists are burning down cities all across America, but Jews are telling us that the real threat is a handful of Right-leaning trolls leaving humorous content on a Chinese App called TikTok.

But all that Liberal mayhem is just an illusion — according to the radical Jewish mayor of Minneapolis, the violence was all orchestrated by a shadowy network of ‘White supremacists’.

It’s strange how radical, violent Liberal extremists don’t seem use social media at all — if we are to believe the Jewish-controlled media.

What exactly do “Right wingers” believe — and know to be true — that Jews are so afraid of?