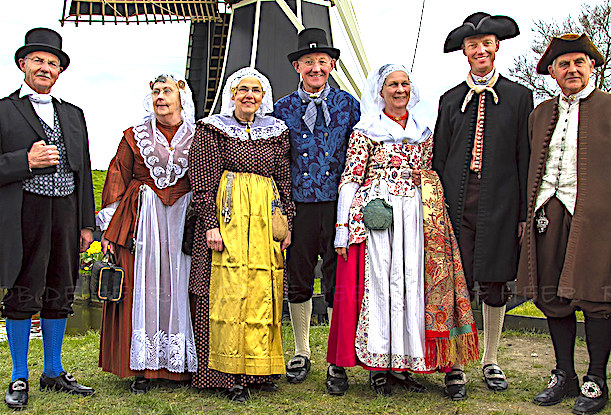 The Dutch government has decided to financially compensate mental patients suffering from gender dysphoria who were allegedly forced under an old law to actually have a sex change operation if they wished the government to officially change their “gender” on their birth certificates:

The Dutch Cabinet issued a formal apology for the former law which only permitted transgender people to adjust the gender registration on their birth certificates if they also underwent an irreversible sterilization procedure. The law was in place for 20 years starting in 1985.

People who went through the gender transitioning process during that time will be allowed to claim a five thousand euro payment from the Dutch State in compensation. It was a response to the Transgendercollectief, an organization which filed a case against the government over the law in 2019.

“The old law could give transgender people a hard, almost impossible choice. Adjustment of the gender registration was only possible after a physical transition and a definitive farewell to any childbearing wishes,” wrote Sander Dekker, the Minister for Legal Protection.

Earlier this year, Willemijn van Kempen came forward as one of those who demanded an apology from the government for having to undergo sterilization. She was concerned that her suffering would be forgotten and that the mistakes of the past would not be addressed openly. “People need to know that this happened and should not have happened,” she told newspaper AD. Attorneys involved referred to Sweden which offered 20 thousand euros for people affected by a similar policy there.

They want their cake and eat it too, so to speak.

Men, for example, who “identify” as women, want the State to force everyone to accept them as “real” women — but just in case they choose to have children as a “woman”, they need retain their male genitalia to do so.

Of course, anyone who suffers from these kinds of severe mental delusions has no business being a parent — as they would no doubt raise their child to share their complete detachment from reality.

Traditionally, this is why we have built insane asylums.

LGBT-whatevers have no business being anywhere near children — not as teachers, day care workers, health care workers — as they will attempt transmit their illness to the impressionable children — often by sexually molesting them — which is how they actually “reproduce”.

Not only do “transgenders” want to retain their genitalia to reproduce — they also want their genitals so that they can rape children whenever they have the urge.

By not treating gender dysphoria for the mental illness that it is, we only encourage these patients to become even further detached from reality — which very often culminates in suicide.

And when society accepts these mental patients as perfectly sane, we, too, become detached from reality –and that allows the “elites” to create any “reality” for society to follow that they choose.