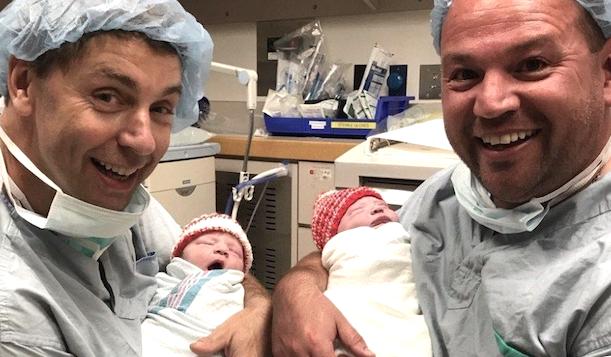 Dutch children will soon be able to legally have up to four parents, and the rights of surrogates and the parents who use them, many of whom are gays who cannot have children naturally, will be laid down in law, RTL Nieuws reports based on a draft letter to parliament in its possession:

In the letter, the government wrote that children can have a maximum of four parents in the Netherlands. Non-biological parents can get ‘partial custody’, giving them the right to go to doctor’s visits if the child is sick and have input on where the child goes to school, among other things.  Currently there is no regulations regarding stepparents, foster parents or other family members raising a child.  This often leads to problems and causes suffering in families with more than two parents, while everyone must be able to parent in a “decent and generous” way, the government said, a source involved told RTL.

If a child is born through a surrogate mother, the government wants the parents to be registered before birth – instead of the current method of the child’s parents being registered after birth. The agreements between surrogate mother and prospective parent or parents must be laid down before conception and must be submitted to a court upon request. The government wants to be sure that a child is always able to find out where they come from, and will therefore create a registry in which every surrogacy will be registered. “That gives the child the best chance of certainty about who his or her parents are”, the government wrote, according to the broadcaster.

…The surrogate mother will also have rights put down in law – until the moment of birth or shortly thereafter, she can ask the court to terminate the agreement.

…Those involved in the agreement, call it a “historic breakthrough”, according to the broadcaster. “This gives more couples, such as gay couples, the legal possibility of having a child“, one of those involved said to RTL.

As if having two gay parents wasn’t confusing enough, many Dutch children will now have the burden of having to explain to their friends how they actually have four gay parents.  Exactly how a sodomite can be a “decent” parent by Dutch government standards is yet to be seen, considering that children raised by homosexuals have significantly higher levels of emotional problems, and are far more likely to experience gender confusion, and ultimately suicidal ideation.

Regardless, this is the type of ideal, healthy “franken-family” that will replace the traditional family, which we all know is our  greatest source of “toxicity” and “dysfunction”.  The traditional family has to be destroyed in order for the State to replace the family as the real “authority” in a child’s life.  Today, if you even suggest that homosexuals may not be able to raise healthy children, you can very easily end up in jail for a “hate crime” in the Netherlands.  You will accept this new concept of “family” or you will be punished into silence using the full power of the State to make you conform. 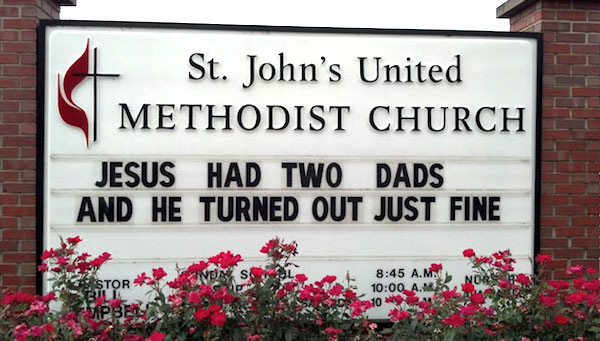