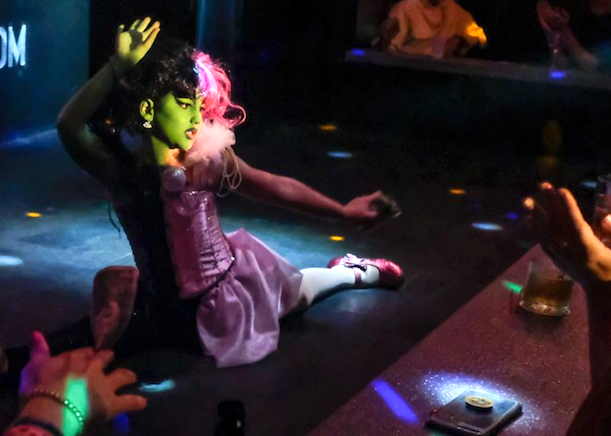 A 9-year-old’s performance in drag at an Ohio bar has led state lawmakers to introduce legislation to ban such activity as “endangering children”:

House Bill 180, introduced earlier this month by state Rep. Tim Schaffer, comes after online outrage over a video of Jacob Measley of suburban Toledo accepting money from onlookers while performing at a drag charity event held at a Fairfield County bar last December.

Schaffer, a Lancaster Republican, said in a statement that “while there is a strong consensus in the community that this situation is a very bad example of parenting,” Ohio currently has no laws prohibiting minors from appearing in such shows.

Under the bill, adults who stage performances “in which a child simulates sexual activity” or “appeals to prurient interest” could be charged with a first-degree misdemeanor, punishable by up to six months in jail and a $1,000 for a first offense.

In addition, if the performance took place at a bar or other establishment that serves alcohol, state officials would revoke the business’ liquor license.

“Given our heightened focus on human trafficking and the role money plays in trafficking children, I knew I had to take action to make sure this activity does not occur again,” Schaffer stated. “We can do better to protect innocent children and we must do better.”

But Jerri Measley, Jacob’s mother, argues that her child’s drag appearances are not sexual in nature, telling the Toledo Blade that critics have “grossly warped” the purpose of Jacob’s performances.

And we should believe these queers and their enablers that there is “nothing sexual” about young children participating in these degenerate drag shows.  We are reassured that queers are just like everyone else and they can be trusted implicitly with the health and safety of our young, impressionable children.  Why would anyone think that a sodomite who likes to watch young children perform in drag has any questionable attraction to them?

But what’s at issue here is that we even need a new law to prohibit this kind of sexual exploitation of children.  Clearly, if we had a society based on strong Christian principles as our Founding Fathers envisioned, then we would have no need to pass any such laws because no one would be engaged in this degeneracy.  As long as we continue to deny that America is a Christian nation, we will rely on more and more draconian laws to force everyone to tolerate each other’s chosen degeneracy rather than outlaw that degeneracy.