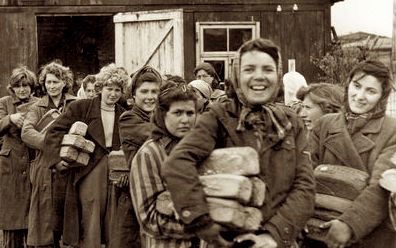 After unanimously passing the Oregon State legislature, Governor Kate Brown signed a new bill into law that will now require all public school students to study the so-called Holocaust and other acts of genocide:

Starting with the 2020-2021 school year, Oregon public schools will be required to include Holocaust education and studies of other genocides in their curricula.

According to the language of the newly-signed law, Oregon public schools must “prepare students to confront the immorality of the Holocaust, genocide, and other acts of mass violence and to reflect on the causes of related historical events.”

“Today more than ever, we need the learning opportunities that a bill like this will bring to our schools,” said Brown at the signing ceremony Monday.

Oregon is now the 12th state in the nation which mandates Holocaust education.

The bill itself was first introduced following the lobbying of 14-year-old Claire Sarnowski, a Catholic student from Lakeright High School in Lake Oswego, near Portland.

Sarnowski pushed for the bill after she met with a 92-year-old Holocaust survivor, Alter Wiener. The two first met in 2014, when Wiener spoke at Sarnowski’s elementary school. The two remained in contact until Wiener’s death in a traffic accident last December.

“Even people who know me were skeptical at first, saying, ‘You’re not Jewish, and you’re a young girl,’” Sarnowski told the Los Angeles Times. “But I could do this because it’s for the future generations of Oregon students, for people to hear these lessons of tolerance and respect.”

Of course, part of this mandatory indoctrination program will fail to mention to these young, impressionable students that the Head of British Psychological Warfare Executive (Propaganda), Victor Cavendish-Bentick in a handwritten note, admitted on Aug 27th, 1943, “We have had a good run for our money with this gas chamber story we have been putting about, but don’t we run the risk eventually we are going to be found out and when we are found out the collapse of that lie is going to bring the whole of our psychological warfare down with it? So isn’t it rather time now to let it drift off by itself and concentrate on other lines that we are running?” Public Record Office Document F0371/34551 revealed by Stephen Mitford Goodson, ‘Inside the South African Reserve Bank’.

And of course, if a historical event is going to be required teaching in public schools, it should be first scrutinized by an independent group of scholars who have no vested interest in the findings, to make sure that it actually happened and that it is not merely propaganda that is being repeated as historical fact.  In the case of the so-called Holocaust, it has never been subjected to such an independent analysis by any mainstream historians for the simple reason that it cannot stand up to any scrutiny whatsoever.  And now that it is becoming mandatory to believe in the Holocaust, the next law will be make any questioning of it illegal, as it already is in numerous countries in Europe.