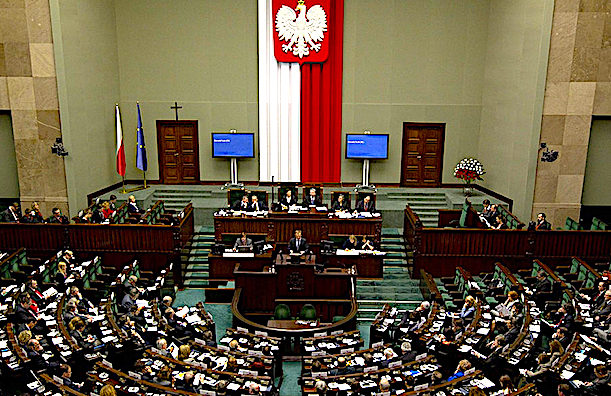 Justice Minister Zbigniew Ziobro said the aim of the bill was to give internet users the feeling that their rights are protected and that their posts cannot be arbitrarily removed from online platforms:

The full name of the bill is the law on freedom of expressing one’s own views and searching and disseminating information on the internet.

Under its provisions, social media services will not be allowed to remove content or block accounts if the content on them does not break Polish law. In the event of removal or blockage, a complaint can be sent to the platform, which will have 24 hours to consider it. Within 48 hours of the decision, the user will be able to file a petition to the court for the return of access. The court will consider complaints within seven days of receipt and the entire process is to be electronic.

“Often, the victims of tendencies for ideological censorship are also representatives of various groups operating in Poland, whose content is removed or blocked, just because they express views and refer to values that are unacceptable from the point of view of communities… with an ever-stronger influence on the functioning of social media,” Mr Ziobro said.

“We realise that it is not an easy topic, we realise that on the internet there should also be a sphere of guarantees for everybody who feels slandered, a sphere of limitation of various content which may carry with it a negative impact on the sphere of other people’s freedom,” he said. “But we would like to propose such tools that will enable both one side and the other to call for the decision of a body that will be able to adjudicate whether content appearing on such and such a social media account really violates personal rights, whether it can be eliminated, or whether there is censorship.”

One would have to be in a coma not to be aware that all major social media platforms are owned and operated by the Usual Suspects™ of the Radical Left — and anyone to the Right of Karl Marx and Chairman Mao will find themselves in violation of their “community standards” — including the former President of the United States.

And up until now, these powerful corporate ideologues have gotten away with this outright and cynical censorship — without recourse — legal or financial.

For all intents and purposes, these media platforms have become the modern-day Soviet Cheka — with the ability to not only censor any “counter-revolutionary” voices but literally destroy people’s lives — even drive them to suicide for expressing “incorrect” and “unapproved” viewpoints.

And of all Europeans, the Poles are all too familiar with life under the iron-fisted intolerance of the Radical Left — and they appear to have no intention of allowing themselves to revisit the Dark Ages of communism, which western Europe appears intent upon embracing.

But any such freedoms that Poland defends must be to ensure that the nation remains Christian — and any Poles who naively use their freedom of speech to denounce Christ — and promote the Radical Left — will ultimately find themselves enslaved under atheistic communists once again.

As an interesting side note, in 2016 Justice Minister Zbigniew Ziobro — who is introducing this new legislation — called for the extradition of convicted child rapist and serial sexual predator, Roman Polanski, to the U.S. to face justice after fleeing to Europe to avoid prison.