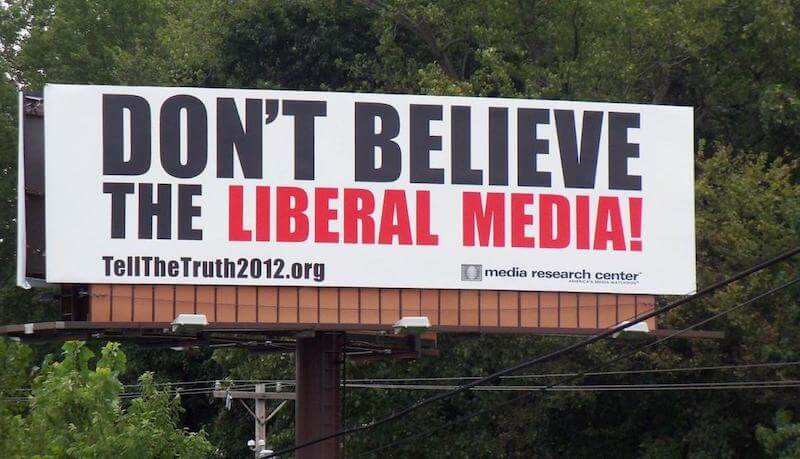 “In what looks like a validation of the growing public expressions of anger directed at members of the media, a new Axios poll found that nearly all (a staggering 92%) of Republicans and Republican-leaning independents believe that mainstream media organizations knowingly report false or misleading stories, at least occasionally. And while Democrats proved to be the most credulous group, a majority still doubt that US media organizations are 100% credible.

All told, 72% of respondents said they believe mainstream media organizations to be knowingly misleading. Other studies from Gallup and Pew Research Center have drawn similar conclusions, with Democrats, unsurprisingly, revealed as the only group that still has any substantial level of trust in the media. Back in the 1970s, trust in media rose as high as 74% during the aftermath of Watergate.”

No real surprise here – but what’s more interesting is that these same liberals actually believe that the mainstream media is controlled by conservatives – and that it isn’t nearly liberal enough – as if anything for them can be “liberal enough”.

One would have to be incredibly naive and trusting to be a liberal in the first place – which is why they need to indoctrinate our children at the youngest ages possible.