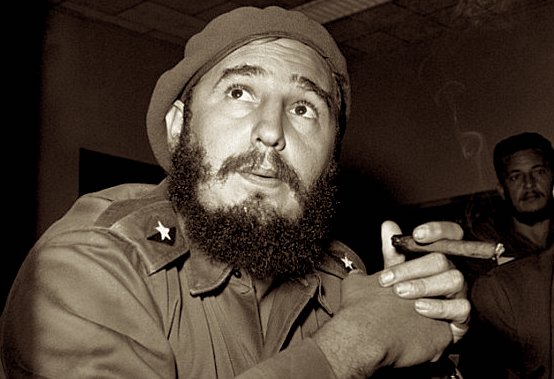 Years of research have thrown new light on the origins of 12 prominent family names — and 4,000 surnames in total — typical of Jewish families who were expelled from Spain 528 years ago, most of whom are no longer aware that they are actually of Jewish origin:

The study by Dr. Mordechai Nelken and the Union Sefaradi Mundial is replete with sources on each family name, tracing how it has been forgotten and assimilated into the wider world over the years.

Some of the names in the study were known to be prevalent in both Jewish and Christian families alike even before the expulsion.

Yet the descendants of many Jews who were forced to convert to Christianity and who assimilated into the local population in Spain and Portugal still bear these names without being aware of their Jewish roots.

According to the study, one exception is the name Salón (which comes from the word shalom), due to the fact that no Christian family bore that name. This means that every single person who bears this name today is a descendant of Jewish families from before the expulsion.

“People were very afraid of the Spanish Inquisition and tried to obscure any external Jewish signs, but inside their homes some continued with the old traditions,” says Nelken.

“To this day this can be seen mainly in families living in towns in north-eastern Portugal. Most of them are from a small town called Belmonte. It can also be seen in Spain and the island of Mallorca.”

The 12 Jewish names that Nelken discovered are quite common among citizens of Spanish-speaking countries.

And although some of them were also used by the Christian population before the expulsion, Nelken believes that many who carry these names today are actually descendants of Jewish families.

“These are familiar surnames carried by famous people who probably do not even know their origin,” says the president of the Union Sefardi Mundial, Prof. Shimon Shetreet.

Research published in the American Journal of Human Genetics a decade ago analyzed the Y chromosome in 1,140 males from the Iberian Peninsula and Balearic Islands, and found a “high mean proportion of ancestry from North African (10.6%) and Sephardic Jewish (19.8%) sources.”

“We know it from Fidel Castro. It is a surname that was typical during the expulsion of Spain specifically for Jews of Spanish descent, and characterizes the Jews who lived in all kinds of Spanish cities that housed Jewish communities during the medieval period, such as the cities of Castro Urdiales and Castro del Río.”

Another name that emerges from the study is Acosta. Today this is not a known as a Jewish name, but was very common among the Jews of Spain before the expulsion.

…Another ancient Jewish surname that came up during the study is the name Navarro or Navaro.

According to the findings of the Union Sefardi Mundial, during the Middle Ages important Jews lived in the ancient kingdom of Navarro, and there is evidence that Jews bearing the family name Navarro lived in pre-expulsion Spain…

Other family names who were found by the study and attributed to Jews are Duran, Espinosa, Leon, Medina, Ferreira, Rojas and Aliba.

While the bearers of these names today are not Jewish, the Union Sefardi Mundial insists that according to their in-depth genealogical research, the origin of at least some of the names are indeed Jewish…

According to Shetreet, the research was carried out in order to assist Jews who want to check their eligibility for a Spanish and Portuguese passport.

“According to the various sources and information we have collected, there are about 4,000 last names,” says Shetreet.

According to Shetreet, “it is estimated that during the expulsion from Spain, about two-thirds of Spain’s Jews converted to Christianity while one-third were exiled to other countries. Most of them sought to disappear so their presence would not be felt.”

The head of the Union Sefardi Mundial, Anat Levi-Kaplan, says the results of the research surprised her and that the organization intends to contact all the famous personalities who bear these surnames and update them on their Jewish roots, while recommending to them to come and find out more.

“It’s important for everyone to know where they come from,” says Levi-Kaplan.

It’s amusing to hear this ‘expert’ acknowledge that these 4,000 names are Jewish, but none of the people who have those names are Jewish — typical Talmudic double-speak.

If two-thirds of Spain’s Jews converted to Christianity and were genetically absorbed into the general Spanish population 600 years ago, it is highly probable that the vast majority of Spaniards today have some Jewish blood, especially those who have lived in urban areas that attract Jews.

And virtually all the ‘Spanish’ Europeans who settled in the New World inter-mixed with the Jews and converso Jews who fled Spain after the Inquisition.

There were so many crypto-Jews in Mexico at one point that they had their own Inquisition to root out ‘insincere’ Jewish conversos — and early on the Catholic Church bemoaned the vast number of Jews who had settled in Cuba.

As with Spain, the simple arithmetics of exponential genetics suggests that virtually every Mestizo in or from Mexico today has some Sephardic Jewish blood in their veins.

This lack of pure Spanish bloodlines in the New World goes far to account for why civilization in Latin America has fallen far behind Europe and the U.S.A.

And given that Jews have admitted that they’ve been instrumental in flooding the U.S.A. with their Mestizo brethren, it will ultimately benefit the Jews that in the near future they can openly declare this racial affinity with the tens of millions of Mexican now squatting in America.

And it also means that hundreds of thousands of ‘Spanish’ people can now qualify for automatic EU citizenship in Spain and Portugal merely by claiming Jewish ancestry — even though none of their ancestors have lived there for at least 600 years.

Perhaps there is much more to Woody Allen’s film “Bananas” that we originally thought: