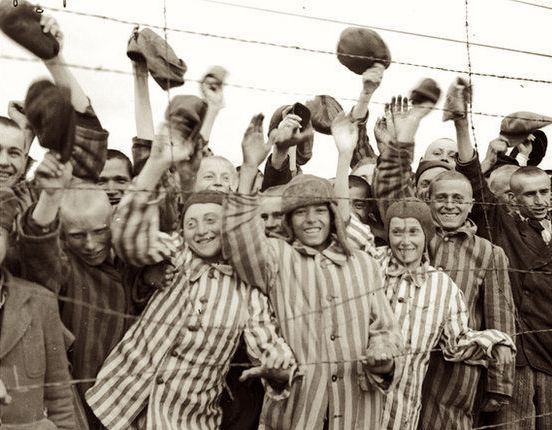 Mountains of research has documented the health problems suffered by Holocaust survivors but a new study has found that, despite this, people who survived the Nazi death camps live longer than those who were spared the atrocities.

Starvation, torture and the concentration camps’ dreadful living conditions left survivors suffering from a range of chronic illnesses long after they were liberated. However, the new research found that they live on average seven years longer than people who were not caught up in the Nazi regime’s efforts to exterminate Europe’s Jews.

The study, published in the Journal of the American Medical Association, compared 38,597 Holocaust survivors born in Europe and 34,931 Israelis all of whom were born between 1911 and 1945.

Both of the groups were insured by Maccabi Healthcare Services in Israel. The researchers used data collected from 1998 through 2017 and looked at heart disease, chronic kidney disease, chronic obstructive pulmonary disease, osteoporosis, diabetes, hypertension, cancer, and death.

The paper says it is conceivable that the “Darwinist ability to survive” among those who lived through the Holocaust was associated with favorable resilience despite the enduring health consequences they suffer.

It offers a range of reasons for this resilience including optimism, a personal moral compass, active coping skills, maintaining a supportive social network and looking after their physical well-being.

“It is very possible that because of their experience, they take a very different approach to life, they take better care of themselves,” Dr Gideon Koren, lead researcher, said to the Washington Times. “We call it health literacy — they know more, they ask more, probably some of it or much of it is their experience.”

Clearly, this study shows, if anything, how double-minded Jews are.

“Mountains” of evidence shows us how terrible the so-called Holocaust was, but not so bad that so-called survivors live longer than Jews who didn’t experience it.

This study conveniently leaves out the definition of a so-called “Holocaust survivor” which is any Jew living anywhere that the Germans occupied in World War II, and that includes countries that had no concentration camps or even allegedly rounded up Jews.

So many of these “survivors” experienced nothing more in WWII than most people in Europe.

Take, for example, 90 year old Henry Wuga, who as a teenager, left Germany before WWII broke out in 1939 — and spent the duration of the war safely in Scotland — yet he is somehow still considered a “Holocaust survivor.”

The study also conveniently leaves out the fact that so-called “survivors” had received literally billions of dollars in “reparations” over the last 75 years, making their lives much less “stressful” than the average Jew.

Many “survivors” have received lucrative book and film deals for their “memoirs” — with the more salacious and improbable going straight to a Hollywood producer’s desk.

Jews have made “survivors” into virtual celebrities, and we all know how old most celebrities out-live the rest of us mere mortals who work for a living.