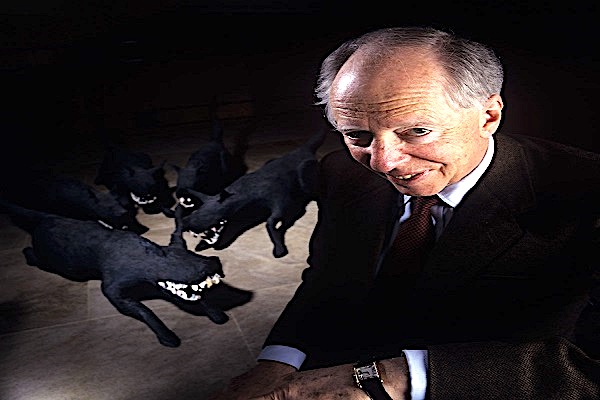 (Jewish Press) A new study led by Dr. Shoham Choshen-Hillel at the Hebrew University of Jerusalem’s School of Business Administration and the Federmann Center for the Study of Rationality, along with Alex Shaw at the University of Chicago and Eugene Caruso at UCLA concluded that people are more likely to lie about how successful they are if it makes them appear to be more honest:

The results were published in the latest edition of the American Psychological Association’s Journal of Experimental Psychology.

In one experiment, the researchers asked 115 lawyers in Israel to imagine that they gave a client a work estimate of 60 to 90 billable hours. Half of the participants were told that they actually worked 60 hours, while the other half were told they worked 90. The clients had no way to verify the number of hours worked. On average, 17 percent of the 60-hour group falsely inflated their hours. However, in the 90-hour group, 18 percent falsely underreported their hours. When pressed for an explanation, these lawyers said they were worried their clients would be suspicious of them and think they hadn’t really work all those hours on their case. So they quoted a lower number even though this meant they would lose money.

“Many people care about their reputation and how they will be perceived by others. Sometimes our desire to appear honest outweighs actually being honest, even if it costs us,” observed Choshen-Hillel.

The study found similar findings in a series of experiments and interactive games. In one experiment, 201 adults from the United States were told to imagine a scenario where they worked for a large company with a maximum monthly mileage compensation of 400 miles. Half of the participants were told they had driven 300 miles that month while the other half was told they had driven 400 miles. When the participants were asked to report their miles, the 300-mile group reported an average of 301 miles. However, participants in the 400-mile group, on average, underreported their mileage and only submitted 384 miles for reimbursement.

In a third experiment involving 149 Israeli college students, participants were told to flip a coin in private and then report their scores to a researcher. Each time the coin landed on “heads” they would receive 15 cents. However, the game was rigged for half of the students and their coin landed on “heads” eight times in a row. When it came time to report their results and collect their payment, 24 percent of these students underreported their wins, sprinkling in a few losses to avoid looking like cheaters, compared to 4 percent in the control group, for whom coin outcomes were random.

“Our findings suggest that when people obtain extremely favorable outcomes, they anticipate other people’s suspicious reactions and prefer to lie and appear honest rather than tell the truth and appear selfish or liars”, Choshen-Hillel shared

While these findings may seem counter-intuitive on the surface, “most people will recognize a time in their lives when they were motivated to tell a lie to appear honest,” Choshen-Hillel concluded.

Most of the participants in this study were ethnic Jews, so we can safely conclude that the results do indeed reveal something about the jewish mentality toward success —  and their concern over their often well-deserved reputations as master manipulators and shytsters.

And that’s why Jacob Rothschild, hands down the world’s wealthiest man, is never mentioned among the ‘richest’ lists.

The results accurately reflect the Anti-Defamation League’s official policy toward how successful and powerful Jews are: just deny it outright.

Of course, antisemites are all ‘jealous’ of jewish success and power even though Jews aren’t really that successful or powerful, according to the ADL.

So it really doesn’t come as a surprise to anyone that Jews are willing to lie about how successful they are.  After all, if the majority of the public ever fully realized just how much power Jews actually have amassed, there could be some calls for a real revolution, not just a “green” one.

But as long as the Jews keep the free pornography flowing, hopefully no one will care how much power the Jews have.