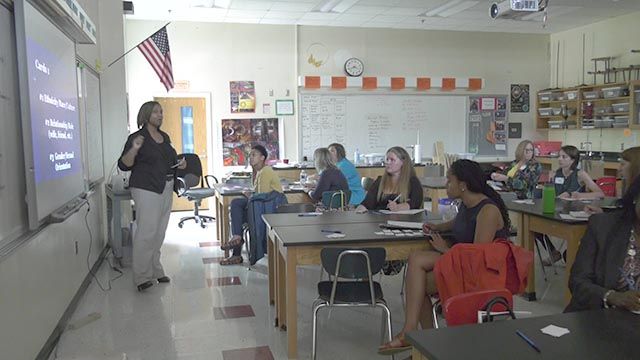 “ALBEMARLE COUNTY, Va. (WVIR) – Nine public school teachers in Albemarle County are now certified in a new teaching method that aims to reduce the achievement gap between students of different backgrounds and ethnicities.”

“Sometimes we push out micro-aggressions that causes a reaction for students to shut down rather than be motivated, and oftentimes those are just common-day statements that we make that we don’t realize they are intentional and are unintended statements that cause reactions,” says Hairston.”

“Every single student that comes into our building has a culture and deserves to be recognized for it and to have opportunities for them to embrace their culture and to share it with their peers,” says Allen.”

Comment:
Basically, this program trains white teachers how to not make the black students angry.

It will fail because the system rewards any black student for getting angry about the slightest and unintentional “microaggression” by whites. Blacks now realize that if a white person offends them–and they are lucky enough to catch the offense on their cell phone–they will be interviewed on CNN within 24 hours–and they will have a jewish lawyer volunteering to sue for millions on their behalf. Blacks perceive any kind of “sensitivity” on the part of whites as a weakness to exploit–which is why blacks secretly despise white liberals.

Note: Albemarle County Virginia is where the Unite The Right Rally took place last year–and where a number of White men are still facing lengthy prison sentences for taking part in it and defending themselves against Antifa thugs.