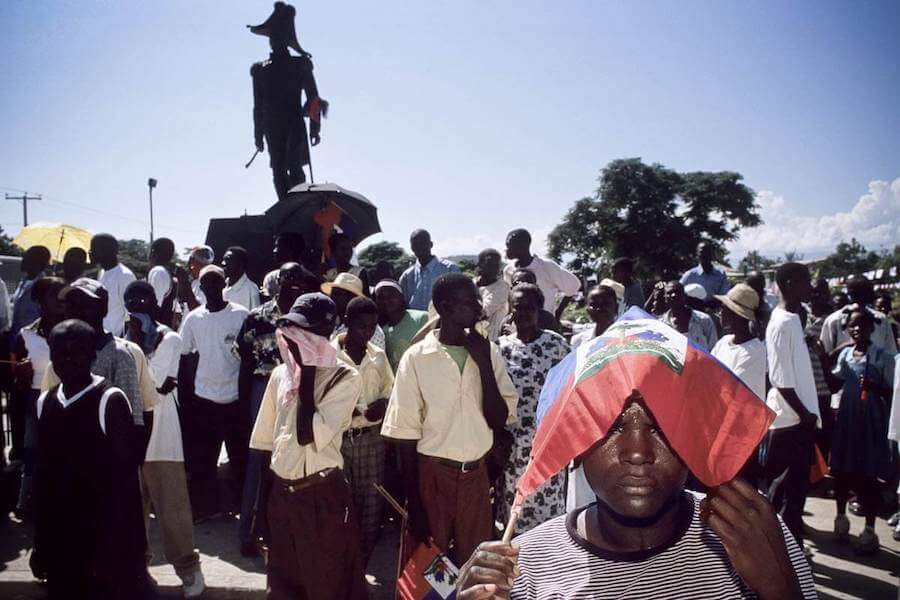 While we are witnessing the history of our nation being erased, a street in our largest city is being named after a Black murder:

At the same time that localities across the country are in the process of erasing monuments to Confederates and slave-owners, New York City is preparing to honor a black man who ordered the murder of every white man, woman, and child under his control, resulting in 3,000 to 5,000 race homicides.

In New York City, street co-namings – in which a thoroughfare takes on an additional, ceremonial name in honor of a distinguished figure – rarely generate much fuss, and their approval is typically pro forma. But yesterday, a city council committee voted to co-name a street in Brooklyn after Jean-Jacques Dessalines, emperor of Haiti after the island won its independence from France in 1804.

The council’s designation of a two-mile stretch of Rogers Avenue in Brooklyn as Jean-Jacques Dessalines Boulevard sparked some controversy because Dessalines was an enthusiastic advocate of racial murder. Following the defeat of Napoleon’s forces and their retreat from Hispaniola, Dessalines named himself Governor-General-for-Life and decided to wipe the slate clean.

Heeding the words of his personal secretary Louis Boisrond-Tonnerre, framer of the Haitian Act of Independence, who declaimed, “we should use the skin of a white man as a parchment, his skull as an inkwell, his blood for ink, and a bayonet for a pen,” Dessalines ordered the murder of virtually every white man, followed soon afterward by all white women and children, in the new nation. Between 3,000 and 5,000 people were butchered in a few months.

…Rodneyse Bichotte, a Brooklyn member of the state assembly who claims direct descent from Dessalines, defended the excesses of the Haitian revolutionaries as a legitimate response to oppression, and said that Dessalines “sought to stop those who were evil.

There is always an excuse for Black behavior no matter how egregious, including genocide.

When Blacks commit mass murder, it is merely to “correct wrongs” of the past. When Whites kill–even to defend themselves–it is always considered “racist” and unnecessarily aggressive.

While Whites erect monuments to truly great men of high moral standards, Blacks celebrate genocidal maniacs who destroy everything in their paths.

Deep down, the races are not the same.