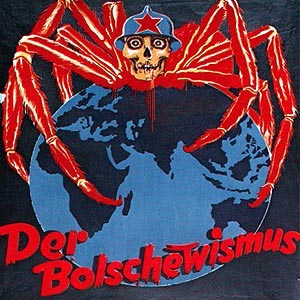 A Muslim community leader in New Zealand dismissed claims by the head of the country’s biggest mosque that Israel’s Mossad intelligence agency was behind the killing of 50 Muslims at two Christchurch mosques:

Mustafa Farouk, president of the Federation of Islamic Associations of New Zealand, referred in his statement Thursday to remarks made on March 23 by Ahmed Bhamji, chairman of the Mt. Roskill Masjid E Umar mosque.

“Recent comments by an individual do not represent the views of the Muslims of New Zealand,” Farouk said.

The killings on March 15 were perpetrated by a 28-year-old white supremacist gunman from Australia.

On March 23, Bhamji said during a sermon: “I stand here and I say I have a very, very strong suspicion that there’s some group behind him and I am not afraid to say I feel Mossad is behind this.”

The country’s Jewish community and national human rights institution both condemned the remarks, made on Saturday at a rally in Auckland organized by a group called Love Aotearoa Hate Racism and streamed live on local broadcaster Apna TV’s Facebook page.

“Conspiracy theories — particularly the idea that Jews (whether through the Jewish state or otherwise) are a malevolent controlling force in the world — are at the very core of anti-Semitism,” Moses added.

The Human Rights Commission, New Zealand’s national human rights institution, said: “Prejudice against Jewish people has no place in New Zealand. We must condemn racism, hate and anti-Semitism whenever we see it.”

Bhamji offers no supporting evidence to prove any Mossad involvement in the mosque shootings, so what’s the point of him even making that statement?  He is clearly concerned that White New Zealanders will turn on their Muslims, perhaps knowing that they aren’t really wanted in the country, so he blames the shadowy Mossad, so people blame the Jews instead of the Muslim immigrants.

Someone should remind Bhamji and his fellow Muslims that the only reason they were allowed into New Zealand in the first place is that Jews in New Zealand promoted “diversity” and “multiculturalism”.  So instead of blaming Jews for the mosque shootings, Muslims should be grateful to the Jews for promoting the islamification of the country.  Muslims have no better friends than the Jews, and to accuse the Mossad of complicity in the shootings is merely biting the hand that feeds you.