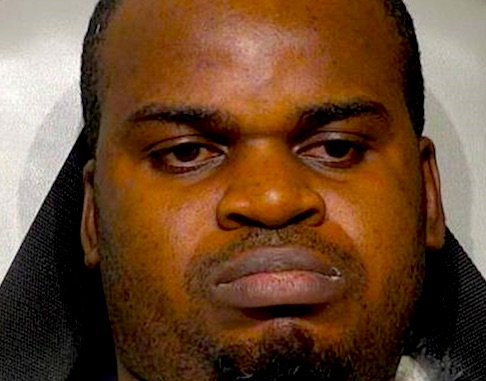 Kehinde Afolayan, 31, was charged Tuesday with one count of first-degree intentional homicide in connection with the Friday attack. If convicted of the felony charge, he faces up to life in prison.

The charging document says a witness peered through a window of the apartment on Clarke Avenue after being alerted by his sister to a commotion inside and saw Afolayan stab Deborah Lynch as she sat in her wheelchair.

Responding officers found Lynch sitting motionless in her wheelchair, breathing but unresponsive. A Flight for Life helicopter was called but Lynch passed away before being loaded onto the aircraft, the complaint said.

Officers arrested Afolayan at the apartment after finding him holding a blood-covered undershirt. Investigators said they found three bloody knives in and near the building, one of which was missing the blade.

Police said they were unable to interview Afolayan because he was not communicative, not even providing his name. He was, however, uttering statements such as, “Jesus forgives me.”

Lynch’s son, who also lived in the apartment, told officers that Afolayan had been living with them since October. The son was not home during the attack, the complaint said…

…The church Lynch attends, Oak Creek Assembly of God, issued a statement Tuesday afternoon saying in part, “We are shocked and deeply saddened at the tragic loss of Deborah Lynch. She was part of our church family for nearly four decades. Deborah was involved in several areas, including Sunday Morning Groups and Women’s Ministries.”

From the facts reported here, it appears that this White Christian woman was encouraged by her church to take in this Nigerian migrant into her home.  As often happens with migrants who are invited into White homes, they turn on their benefactors and murder, rob, or rape them.  Just ask the Swedes and the Germans.  The mid west, in general, has been flooded with violent and unemployable Africans who are now running amok, causing all kinds of mayhem.  In Minnesota, a Somali hired by the Minneapolis police department murdered a White woman in cold blood last year.

Either way, Deborah Lynch’s church, like so many in America, have embraced the jewish “diversity” agenda often with similar results.  There is nothing Christian about allowing Africans into White Christian countries.  Blacks have all of Africa for themselves, with the world’s richest resources.  There is no reason for them to come to White countries and suffer from racism and discrimination.  They should stay in Africa where they belong and build it into Wakanda or a Black Utopia that the rest of the world will be jealous of.  When they come to our countries, “we” somehow turn them into murderers and rapists, and that’s not acceptable.