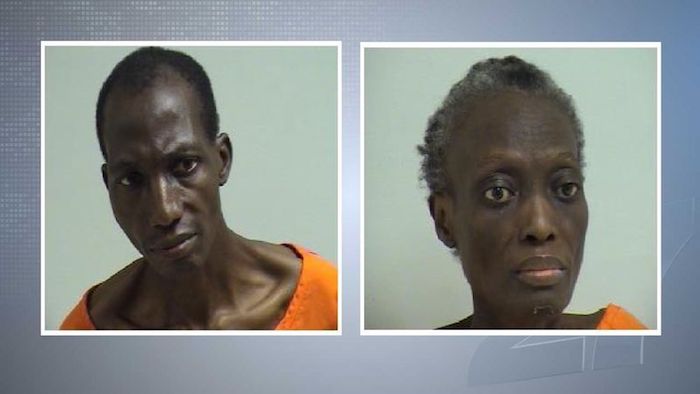 Police in Reedsburg, Wisconsin are investigating the death of a 15 year old boy whose parents forced him to participate in a 40-day religious fast:

Reedsburg police are investigating the death of a 15-year-old boy after his family participated in a 40-day fast.

According to police, the boy’s father reported the boy’s death Sunday afternoon.

Officers forced entry into the Alexander Avenue home as the doors were padlocked from the inside. Once inside, police found 15-year-old Ayanfe O. Omosebi extremely emaciated and deceased. Officers also located an 11-year-old and 48-year-old Titilayno A. Omosebi, who were both emaciated but alive.

The father, 49-year-old Kehinde S. Omosebi, who described himself as a religious minister affiliated with Cornerstone Reformation Ministries, said his family had started a fast on July 19 and were fasting for 40 days. Officers were not able to find any food in the apartment. Kehinde said Ayanfe had died on Friday.

Titilayno and the 11-year-old were taken to Reedsburg Area Medical Center for treatment. Titilayno refused treatment citing religious restrictions. The 11-year-old was taken into protective custody and was eventually transported to Children’s Hospital in Madison.

An autopsy is scheduled for Monday morning.

To ask why these Nigerians are living in a small town in Wisconsin would be “racist”, but that is a far more important question than getting into why they starved their own child.  They are Africans with IQs of around 70, which would explain the stupidity of their actions.

And whenever Africans have practiced Christianity, they’ve inevitably turned it into some sort of voodoo, involving dead animals and zombies.  The faith was clearly not meant for everyone.

That said, these Nigerians have their own country full of Nigerians like themselves–it’s called Nigeria.  Nigeria has the fasted growing population of Catholic converts in the world.  There was no need for them to travel half way around the world to a small White town in Wisconsin to practice “their” religion.

If they had just stayed at home, they could have starved their child to death, and no one would have batted an eye–starvation is a way of life in Nigeria.