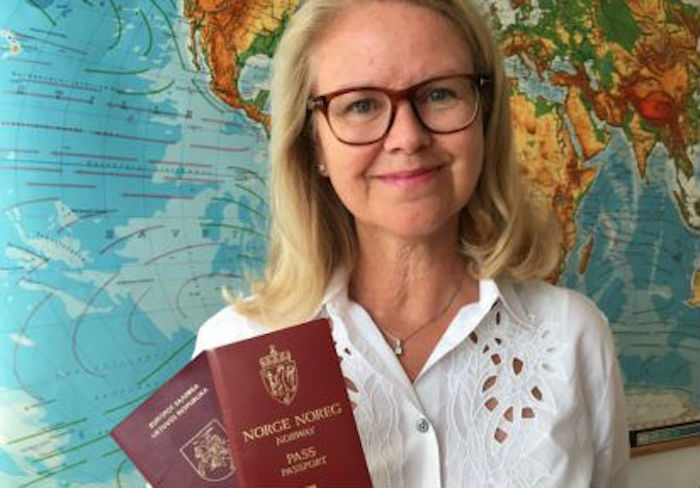 As if Norway isn’t already bending over backwards to accommodate these Arab invaders, they are now considering allowing them citizenship in Norway without renouncing their citizenship in their native countries:

Currently citizens of Iraq, Afghanistan, Eritrea and Somalia are permitted to retain their former citizenships even after becoming Norwegian.

“The regulation today has a number of exceptions. Among other things, over half of those seeking Norwegian citizenship can retain their original citizenship,” Sanner said.

The proposed bill also sets up a simple procedure through which Norwegians who have lost their Norwegian citizenship when becoming citizens of another country can reclaim it.

Sanner said one of the advantages of dual citizenships was that it would make it easier to strip citizenship from Norwegian citizens with foreign backgrounds who carry out terror offences.

“The possibility of depriving some people of citizenship could in some cases be crucial to safeguarding our security,” he said.

Right, so just in case any of these Arab immigrants turn out to be terrorists, Norway can deport them with fewer problems if they still have their original citizenship.

How about this–don’t let any of them in Norway to begin with?  That way there would be no risk of terrorism–or any of the other social ills that come with a Third World invasion.

The whole concept of “dual citizenship” was contrived by Jews who wanted to live in one country but also be able to leave anytime they wanted and go to Israel.

Jews are no respecters of borders, and they were the ones behind the “borderless” EU concept.  They want a world without borders, except for Israel, of course.

And Norway is merely doing their bidding.