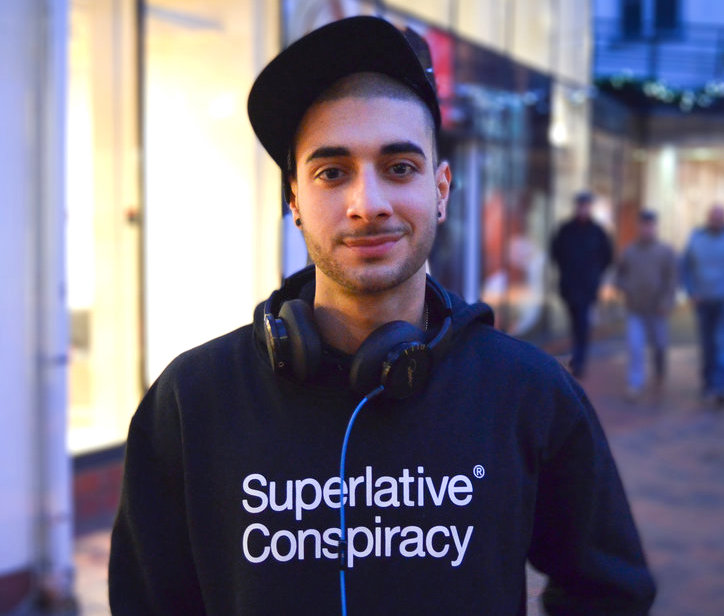 A hate speech case against Norwegian rapper Kaveh Kholardi, who last summer in a concert in Oslo cursed the “f***ing Jews,” has been dismissed by Oslo Police and the state attorney, Norwegian newspaper Dagen reported:

Kholardi was hired by the City of Oslo to sing at a family festival intended to celebrate diversity last June. Instead, after asking if there were any Jews in the audience, he said “f***ing Jews,” adding “just kidding.”

Christine Thune, a spokeswoman for the Oslo municipality, told the Verdens Gang daily at the time that the organizers had complained to Kholardi. Anne Christine Kroepelin said the whole “point of the event was diversity and inclusion,” and that rapper’s apparent expression of antisemitism was “exactly the opposite of what the organizers wanted to promote.”

Ervin Kohn, Leader of the Jewish Community in Norway, demanded an apology from the rapper who answered on Facebook that he is “neither a racist nor antisemite,” and that the reference to Jews during the concert was taken out of context” and was only a joke.

But on June 10, five days before the concert, Kholardi wrote on Twitter: “f***ing Jews are so corrupt.”

The state attorney dismissed the case now, saying the “remarks were demeaning, untruthful and offensive, but they are not breaching the law.”

Kohn, who filed the complaint, told Dagen that he was disappointed by the dismissal and that he would appeal the decision.

There’s nothing “Norwegian” about this rapper, and that’s the whole point.  This case further demonstrates the hypocrisy of all “hate crime” laws and their selective enforcement.  Had the rapper who publicly stated, “F***ing Jews” been White, he would, without doubt, be heavily fined and sentenced to prison for “inciting racial violence,” but because Kholardi is a valued and protected non-White minority, he gets a free ride when it comes to racist “jokes” and “misunderstandings”.

Of course, the Jews themselves are responsible for this double standard, so it’s doubly hypocritical of them to pretend to be outraged by this court’s decision.  Now the Jews will use this ruling as an example of the “rise” of antisemitism in Europe, even though they promoted racist rappers in the music industry from the beginning.  And Jews must understand that their own hypocrisy will eventually come back and bite them.  As long as they encourage people to play the race card, Jews will have to choice but to accept that their pet Muslims and Blacks are going to continue calling them “F***ing Jews”.