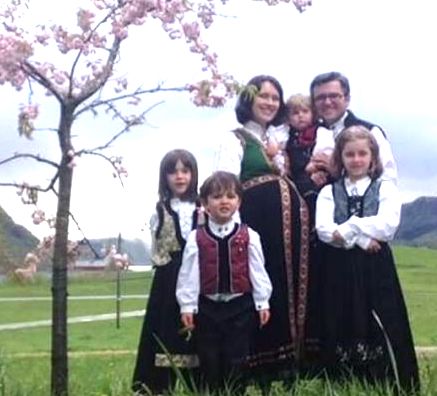 More than 100 attorneys from the United States and the European Parliament have signed a letter to the Norwegian Prime Minister Erna Solberg to protest the seizure of five children from their parents over their Christian faith:

“We find the facts of this international incident unacceptable not only on legal grounds but also on humanitarian and moral grounds. We view these transgressions as grievous breaches of domestic and international law … Therefore, it is important that Norway immediately release the children back to their biological parents,” the letter reads.

The letter is signed by more than 100 lawyers and parliamentarians and sent by Peter Costea, a Houston-based lawyer.

The parents of the children, Marius and Ruth Bodnariu, were reported to be “radical” Christians by a teacher.

“We have familiarized ourselves with the facts of the matter and are deeply disturbed that the children’s seizure was motivated by the family’s Christian faith … Barnevernet (Child Protective Services) disapproved of the parenting style of the parents because, it concluded, it was ‘based on the Bible,’” the letter continues.

The five children were unlawfully seized on Nov. 16 and 17 last year by the Norwegian Child Protective Services to prevent them from being “indoctrinated” with Christianity. Local authorities allegedly seized the two sons without documentation and arrested Ruth, while carrying her baby, Ezekiel. Marius was also arrested.

The parents were interrogated for several hours, later on were freed and allowed to go home, but without the other children excluding baby Ezekiel. The following day, authorities went back to the Bodnariu’s home and took Ezekiel into custody with claim that Ruth is “dangerous.”

The family’s appeal of the agency’s decision to remove the children from the home was rejected. On the other hand, the letter mentions that the youngest has been returned to the parents. The parents’ meeting with their children are occasional, based solely on the discretion of the authorities.

If the government had seized children from a jewish family, there would be an international firestorm, but of course that would never happen because jewish “family values” are completely consistent with the judaized, socialist agenda under which the Norwegians now live.  And of course, Christian values are irreconcilable with jewish values, which is why these children had to be removed from the Christian home where they were being “indoctrinated” in such a way that they could potentially grow up to be enemies of the Jewish State of Norway.

But these human rights attorneys really have no choice but to protest the abduction of these Christian children because if their rights to practice their religion aren’t protected, then more importantly the rights of Jews and Muslims can’t be protected.  In fact, the only way that any human rights for Whites can be guaranteed will ultimately be on the grounds of religious freedom, and those Whites who reject Christianity will ultimately find themselves with no human rights whatsoever worth protecting.