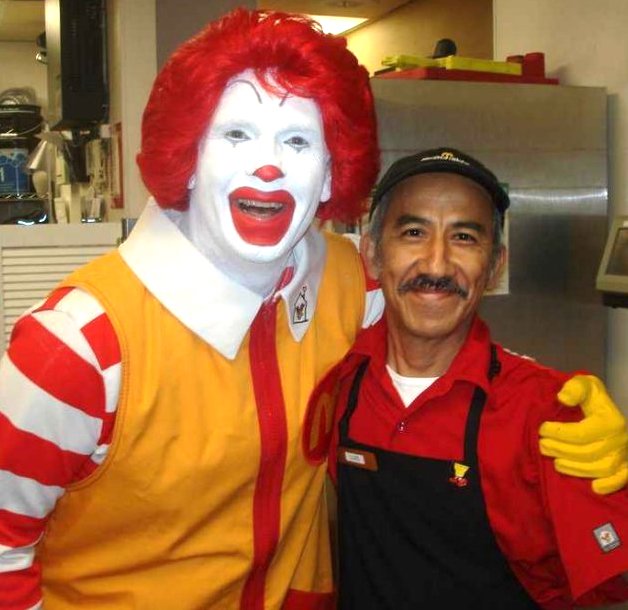 Jewish New York City Councilman Brad Lander introduced a new bill that would make it illegal for fast food restaurants in the city to fire employees “for no reason at all”:

[Lander stated], “Should employers have the right to fire people for any reason, including the most trivial reasons? Most people would say that’s not a right people should have.”

Proponents say that, in dismissing employees, fast-casual restauranteurs should need to show “just cause”—that is, proof of serious misconduct. But what compromises that misconduct is somewhat ambiguous. Under Lander’s legislation, workers will be able to appeal firings via arbitration, a complaint to the Department of Consumer Affairs, or with a lawsuit.

Ironically, some of those terminations are likely the result of the movement’s last legislative victory, with restaurants purging jobs in the wake of the city’s minimum wage hike. Fifty-three percent of New York’s “limited service” establishments—otherwise known as fast-casual spots—plan to eliminate positions this year in response to the wage increase, according to a survey by the New York Hospitality Alliance. That comes after 50 percent did so in 2018.

“There’s a misperception about the profitability of restaurants in general,” Chris Westcott, CEO of Rosa Mexicano, tells Eater NY. “Everyone thinks we’re rolling in it. And it’s tight. There’s a limit to what we can spend.”

…But employers may find themselves in a costly arbitration process for terminating employees they can’t afford to keep, according to Michael Lotito, a labor attorney who represents the restaurant industry.

“I don’t know how a small business owner would be able to survive in the circumstances of that bill,” he tells Reason. While layoffs for economic reasons are hypothetically permitted under “just cause,” there is quite a bit of uncertainty as to how the law would work in practice—meaning cash-strapped franchise owners could be susceptible to lawsuits for making bottom-line business decisions.

“It is that fear that will inhibit job growth, job expansion,” Lotito says. That’s especially true if its sister bill also passes, championed by Democratic councilmember Adrienne Adams: It would require that all staff layoffs be made in order of seniority, regardless of employee performance. “What you’ll wind up doing is just buying everybody out, because it’s going to be too expensive to arbitrate everything,” Lotito predicts.

Employing people will be so expensive, he says, that many business owners will likely pivot to automation. Fast food employees are particularly vulnerable to advances in technology, as more than 70 percent of their tasks are easily automatable, according to a report by the Brookings Institution. McDonald’s, Panera, and KFC have already started integrating self-service kiosks, a trend that would snowball if employers feared a stream of lawsuits.

The National Restaurant Association echoes those sentiments. “Imposing burdensome and discriminatory legislation that only targets quick-service operators would greatly impact operations of New York City restaurants, making it harder for New Yorkers to pursue a rewarding career in the industry,” a spokesperson for the group tells Reason.

Meanwhile, 75 percent of limited service establishments plan to cut hours this year in response to increasing labor costs, according to the New York Hospitality Alliance survey. But if Lander’s proposal passes, they’ll be restricted from doing that too. The bill prohibits fast-casual businesses from reducing an employee’s hours by 15 percent or more unless they can furnish an acceptable excuse.

Fast food restaurants in New York City employ mostly non-Whites who don’t have any real skills or concept of competence, and when they in due course get fired, they whine to their jewish councilman that they “didn’t do nothing” to deserve being fired.  And of course the jewish councilman takes their word for it, not the restaurant’s judgment, and tries to pass a law to basically make it almost impossible to fire anyone without “proof” of incompetence, whatever that means in jewish legalese.

Imagine the burden of proof this puts on a private business, that they would have to literally document every infraction, every example of incompetence in anticipation that they could be sued if they fire anyone.  And the fired employ could just deny the restaurant’s “proof” and claim they are lying anyway.  In the coming American Soviet, all people of color will have not only a right to a job if they want one, but they’ll also have the right not to be fired, while it will continue to be perfectly legal to fire White people “for no reason”.