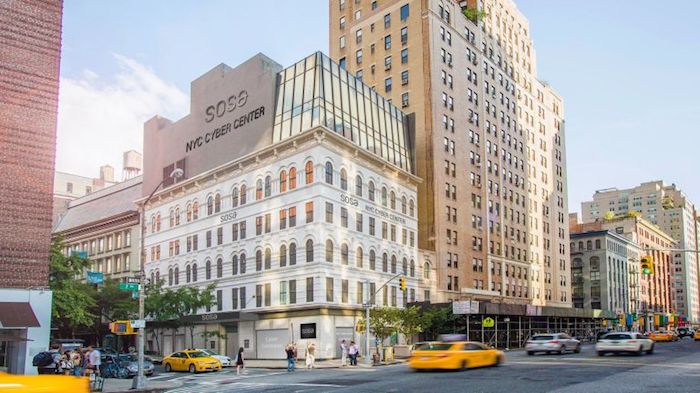 The Cyber NYC program will leverage $70 million in private funding and $30 million in city financing to support new sector nexuses and training programs, the city’s Economic Development Corporation announced Tuesday. Ryan Birchmeier, an EDC spokesman, said training classes would begin this January, and the city anticipates the initiative maturing enough over the next decade to generate 10,000 jobs that pay a minimum annual salary of $50,000.

The cybersecurity sector, which currently employs about 6,000 in the city, attracted more than $1 billion in related venture capital funding in 2017, according to the EDC.

A cyber attack occurs every 40 seconds across the world, underpinning the growth of a security sector that is expected to have some 3.5 million unfilled jobs by 2021, the EDC said, while referencing information from Cybersecurity Ventures.

Cyber NYC aims to position the city to benefit from that boon and match the stature of today’s standout hubs in places like Washington, D.C. and Israel, Birchmeier said.

“New York City needs to be ambitious about cybersecurity because our future depends on it,” EDC President and CEO James Patchett said in a statement. “We’ve convened a world-class roster of partners to help us execute on this essential plan, which will help protect the industries and people that make this city the economic powerhouse that it is today.”

The EDC described a 15,000-sqaure-foot Global Cyber Center as the centerpiece of the initiative. The Israeli firm SOSA is on track to open the 15,000 square-foot facility at 115 Seventh Ave. in Chelsea during the first quarter of 2019, Birchmeier said. He said the Global Cyber Center is expected to occupy the first three floors, and the rest of the space would be used to lease to startups, operate a cyber range for running simulations, and offer industry-specific events.

No doubt these jewish “cybersecurity” firms will announce partnerships with the Anti Defamation League (ADL) and Southern Poverty Law Center (SPLC) to address the serious threat of “neo-Nazi” and “alt Right” hackers.  In reality, this is nothing more than another international jewish surveillance scheme paid for by the unwitting public who will be monitored 24/7 for any activity that the Jews deem a “threat”.

Allowing Jews — in Israel — to control “cybersecurity” in America is yet another scenario where the wolf guards the sheep who are on the menu for dinner.  Israelis are now in a position to dominate the internet industries — and control it for their own self-serving agenda.

Plain and simple, this is about spying and control, not protection and security for anyone but Israel.