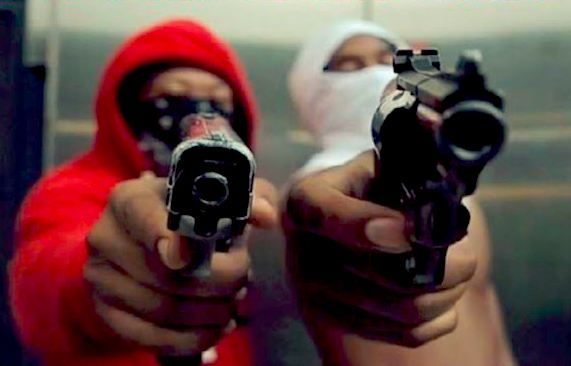 (American Thinker)  During the two weeks preceding the recent shooting in Gilroy, California at the Garlic Festival, 32 of the 34 mass shootings in America were committed by Blacks, not White supremacists, but according to New York City’s mayor, Bill DeBlasio, those shootings “don’t count”:

Anyone up for a magical mystery tour of mass shootings over the last two weeks where black people shot three or more people?  Let’s start in Brooklyn on Saturday night and let the headlines tell the stories:

1. As many as 12 people shot in Brownsville, Brooklyn: Police.

2. In Philadelphia on July 28: 1 dead, 5 wounded in shooting during rap video production.

5. In Chicago on July 20: 7 shot in Lincoln Park near Fullerton Beach.

6. On Wichita on July 27: Wichita shooting, victim and suspect identified.

7. In Pembroke Park, Florida on July 27: 2 dead, 2 hospitalized after shooting at Pembroke.Parkauto shop.

8. In Memphis on July 24: Three people shot in Highland Heights.

9. In Baltimore on July 20: three injured in dice game shooting in Southwest Baltimore.

11. In Kansas City, Missouri on July 20: Police are investigating a triple shooting.

14. In Racine, Wisconsin on July 28: Triple shooting overnight in Racine.

15. In Modesto, California on July 24: Triple shooting at Modesto Park leaves one dead.

19. In St. Louis on July 26: Triple shooting leaves one in critical condition.

20. In Detroit on July 24: Persons of interest sought in Detroit triple shooting.

23. In Tulsa on July 18: Police identify 2 killed in shooting outside fitness center.

31. In Chicago on July 18: Woman killed three others hurt on Garfield Park porch.

32. In North Charleston on July 22: Three people dead, one injured after shootings.

Not all, said de Blasio. “We don’t really count them that way.”

And as Larry Elder, the Black pundit, recently observed, homes in Black neighborhoods don’t have bars on the windows to keep out White supremacists.

But what makes Blacks so dangerous to themselves and to Whites is that the radical Jewish media giants run interference for them, burying their criminality from the light of day, and the crimes that are so egregious that they cannot hide, they offer a gamut of excuses, the most important of which is “White racism.”

No one who walks the mean streets of Chicago, Detroit, Memphis, Newark, or Compton is worried about being attacked and killed by White supremacists.

In fact, it would be safe to say that working-class Blacks would welcome the sight of “White supremacists” in their neighborhood to restore order, because that’s what they call the police who risk their lives everyday to try to stop these Black-on-Black mass shootings.

The Jewish media is not doing Blacks any favors by allowing them to perpetuate this fairy tale that Whites are the source of all their problems.