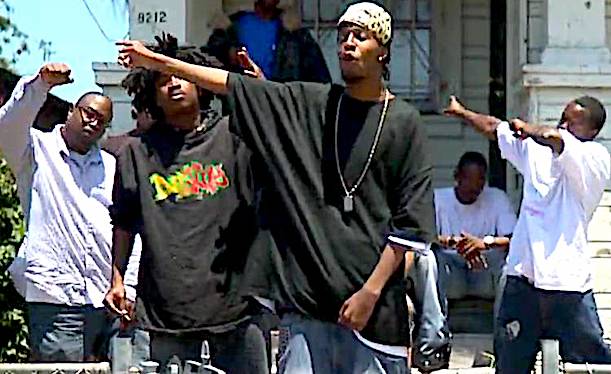 “Indescribable emotions and feelings,” said John Jones III of Oakland, who got out of prison in 2012 and struggled to find a place to live in Oakland despite his well-paying job as an aviation mechanic.

Jones said he’s among the many who left prison only to end up on the streets, contributing to Oakland’s homeless crisis. That’s why he’s been lobbying hard for the Oakland City Council to pass the Fair Chance Housing Ordinance, which says landlords will no longer be allowed to turn down potential renters because of criminal convictions.

“When you have a safe place to call home, you’re in a stronger position to get a job, to go to school, to get help that you need,” Jones said, noting that the housing struggle can add to a released prisoner’s anxiety about reentering the workforce…

The California Apartment Association (CAA), which represents landlords, opposed the measure, but a spokesperson said there were no plans to challenge it in court.

“This ordinance is the most extreme law in the state. Federal Fair housing laws expressly exclude individuals convicted of illegal drug distribution and manufacture from protections. Landlords who may have used criminal background checks consistent with this law will now be prohibited,” said Debra Carlton, spokesperson for the CAA.

Since when does the “government” have the right to tell private property owners what they can and cannot do with their property?  Isn’t this ban a violation of our constitutionally guaranteed right to “freedom of association”?

Yeah, sure there are thousands of homeless people in Oakland today because “highly trained aviation mechanics” can’t find housing because of previous criminal records.  One would think a criminal record would ban you from working on airplanes in the first place.

This decree is yet another example of forced racial integration through the back door.  They want to break up safe, low- and middle-income White neighborhoods by putting Black convicted drug dealers, pimps, and murderers in their rental properties, along with government-subsidized Third World “immigrants”.

No matter how affluent a neighborhood is, if you introduce low-income Blacks into it, you will instantly create a new tumor-like  “micro-ghetto” than will slowly metastasize as “White flight” gains momentum.

Oakland was already one of the most violent cities in America, and now it just upped its game.

The Patron Saint of Oakland is “Shorty The Pimp”, whose life of vice and crime was immortalized by Oakland’s famed rapper, Too Short: