Ohio Lawmaker: Not Allowing Black Women to Abort Up Until Birth Is Form of ‘Slavery’ 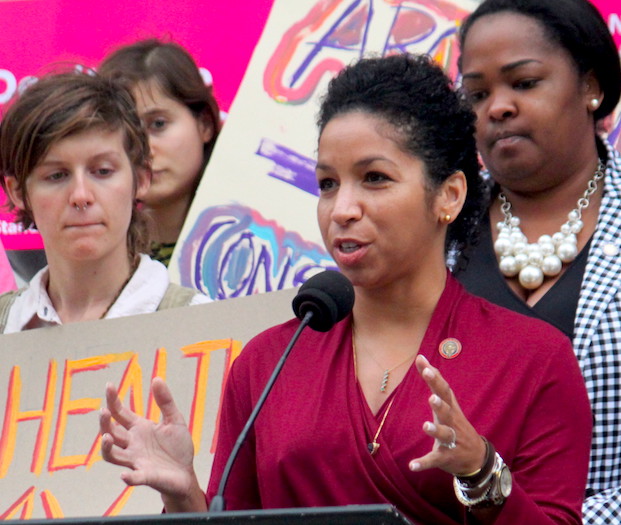 As reported by LifeNews, Boyd’s bill “would have given an exemption to African American women to abort their unborn babies for any reason up to the state’s current abortion limit, 20 weeks.”

Ironically, Boyd “likened restrictions on abortion to slavery as she urged her fellow lawmakers to support the measure,” the outlet noted.

“Black slaves were once treated like cattle and put out to stud in order to create generations of more slaves,” argued the Democrat. “Our country is not far enough beyond our history to legislate as if it is.”

Thankfully, Amendment 0291 failed, and the heartbeat bill was signed by Republican Governor Mike DeWine on Friday.

…Black babies are disproportionately victimized by abortion in the United States. As noted by Wall Street Journal columnist Jason Riley, “black women terminate pregnancies at far higher rates than other women,” nationally. “In 2014, 36% of all abortions were performed on black women, who are just 13% of the female population,” said Riley.

“The little discussed flip side of ‘reproductive freedom’ is that abortion deaths far exceed those via cancer, violent crime, heart disease, AIDS and accidents,” he explained. “Racism, poverty and lack of access to health care are the typical explanations for these disparities. But black women have much higher abortion rates even after you control for income. Moreover, other low-income ethnic minorities who experience discrimination, such as Hispanics, abort at rates much closer to white women than black women.”

First we are told by Black activists that legalized abortion is a secret genocidal plan by White supremacists to wipe out Blacks through getting them to voluntarily abort their own children.  But when White Christians work to reduce or eliminate legal abortions, they also see it as another White conspiracy to force young independent and strong Black women to have children before they are ready to keep them on welfare so White men don’t have to compete with them for jobs, or something like that.

Everyone knows that Black women use abortion as birth control, and despite leading the country in abortions per capita, Black women still manage to be over-represented on the welfare roles incentivize them to have more children.  So it’s a very confusing system of “racism” to keep Blacks down.  Abortion “represses” Black women whether it’s legal or not apparently, which is quite an accomplishment.