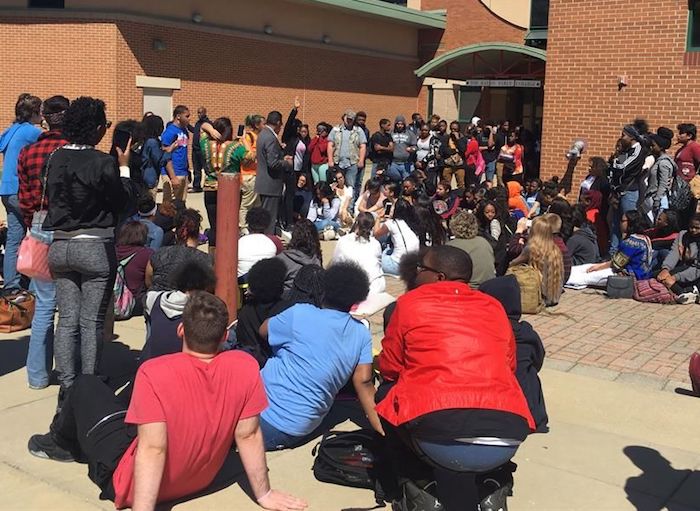 Ohio public schools in the Youngstown, Ohio area, afraid that their schools are going to become too “enriched” by students of color, have decided to forbid White students from transferring to safer White schools of their choosing:

An Ohio school district with a growing proportion of minority students says it will stop allowing white students to attend a neighboring district through open enrollment and take public funding with them because it wants to avoid becoming segregated.

The Liberty Local Schools board just north of Youngstown unanimously backed that resolution this week, stepping into the knotty intersection of education funding and race. It cited a nearly 30-year-old state law that districts can object to students enrolling elsewhere tuition-free “in order to maintain an appropriate racial balance.”

The situation is an unusual reversal of how racial issues typically play out in disputes over inter-district open enrollment, said University of Oklahoma professor Deven Carlson, who has studied such enrollment. Those disputes tend to be about affluent, mostly white districts trying to exclude students, Carlson said, not about lower-income, more diverse districts trying to retain them, as in this case.

It’s been tried before in Ohio and ended up in court. When Akron schools similarly tried to stop white students from switching to suburban schools two decades ago, a judge blocked enforcement of that effort when Akron was accused of discrimination, and the district quickly changed its policy to more broadly ban open enrollment out of the district.

Liberty Superintendent Joe Nohra, who started looking at enrollment when he took that job this school year, found himself defending his district’s approach this week.

Liberty gets about 125 students but loses about 250 through open enrollment. More than half the incoming students are minorities, while most of those leaving are white, Nohra said.

The Diversity Police know full well that students will always voluntarily self-segregate by race, whether the schools allow it or not.  Black students perform better in schools that do not include Whites and Asians who out-perform them, and Whites perform better in schools where they don’t have to dumb themselves down to the level of most Blacks.  No one benefits from mandatory desegregation in public schools where inter-racial violence and bullying — against Whites — is a common, everyday occurrence.

But of course, the school cannot admit that they are holding these White students hostage because they don’t want to lose the funding that comes with every White student that they can keep.  They don’t honestly believe that Whites are a necessary ingredient of a “diversified” student body.  Diversity means no White people, and White people will gladly oblige and leave to be among their own people in safe, efficient, and successful White schools.

It’s called “white flight” and it is as natural as breathing.