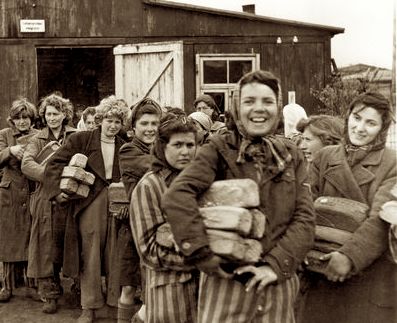 A legislative hearing on a largely non-controversial bill to require Holocaust education in Oregon schools took a sharp turn on Wednesday after several people downplayed or denied the Holocaust in their testimony against the measure:

Senate Bill 664 easily passed the Senate in March. The hearing in the House Education Committee was mostly a formality, a necessary step in the legislative process after which the bill would be sent to a vote on the House floor.

But after some 30 minutes of testimony from supporters — including a husband and wife who had survived the Holocaust as children — the tenor of the hearing changed dramatically.

Marlayne Madison called the Holocaust “a tool of division to be exploited.”

“We all know how history evolves,” said Marvin Sandnes. That’s a common argument from those who argue that new information shows the Holocaust either did not happen or that far fewer Jewish people died than the six million who are widely believed to have perished in Nazi concentration camps…

Another person testifying against the bill, Mark DeCoursey of Salem, accused lawmakers of “cherry-picking the lessons from the past to satisfy one political group or one small religious group.”

The debate left some on the committee visibly shaken, and its chair, Rep. Margaret Doherty, D-Tigard, called a recess for members to regroup.

Doherty let everyone who signed up to testify against the measure have their say, with some conditions.

“I’m going to ask you not to read your (written) testimony,” she said to Thomas Madison of Salem, who had submitted his comments in writing before the hearing. In it, Madison claimed that a relatively small number of Jews died in concentration camps, mostly from disease and starvation.

“Some of the things in the testimony are quite offensive to me personally,” said Doherty. “We’re going to give you the opportunity to speak, but I want to have you just very, very briefly summarize what your testimony is.”

That did not sit well with Madison. His voice rising, he said he should be allowed to counter what he called “the exaggerations” of those who feel schoolchildren should be taught about the Nazi genocide.

“I’m offended by it,” said Madison. “This is a public testimony, a place where people come to discuss issues left and right. And you have stopped me from doing so.”

“Yes, I have,” responded Doherty, calmly…

The committee voted 9-0 to send Senate Bill 664 to the House floor. Afterwards, Doherty reflected on the hearing she had just chaired.

The Holocaust does not, nor will it ever, stand up to honest, intellectual inquiry, which is why people like Margaret Doherty won’t even allow the subject to be debated in public.  If public debate were, in fact, allowed, it would give everyone far more confidence that the events unfolded just as we have been told, but when any debate is cut off because it hurts (((certain))) peoples’ feelings, it sends up red flags among sincere people and only serves to undermine any credibility that the pro-Holocaust propagandists rely upon.

But it has become a standard mantra of the Left that, “Your rights end where my feelings begin,” and whenever jewish “feelings” are involved, you can kiss your rights, constitutionally-guaranteed or not, goodbye.  All Holocaust appeals are to your emotions, not your intellect.  The maintenance of the Holocaust accusation against the entire White race, not just the Germans, is essential to ensuring that Jews everywhere remain immune to criticism.  After all, if you had such a powerful “get out of jail free card,” would you voluntarily give it up without a fight?