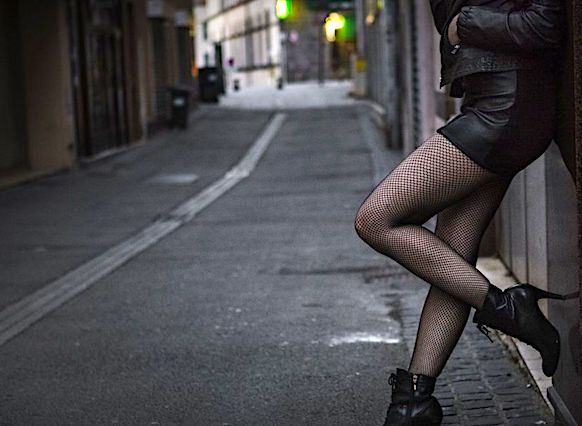 The Observatory, which conducted the investigation of prostitution in Paris’ Muslim ‘No-Go Zones,’ had access to 19 files of judges of children of the court of Bobigny and  analyzed about forty reports of the child protection of childhood:

First lesson: most minor prostitutes (only three boys were concerned) are very young.  The age of victims reported to child protection ranges from 6 to 17 years, and a third of them are under 15 years old.

Rape, touching, harassment at school … Most young prostitutes, 89% according to the study, were also victims of violence in the past, according to the judges’ data. 40% of the violence involved is physical and sexual, and is often committed in the home. It should also be noted that the mothers of 61% of the minors were victims of domestic violence.

“The life, course, of these girls is marked by violence, ” says Ernestine Ronai, which highlights the serious physical or psychological consequences. The result is ” fugues, a bad report to the school institution, even a lack of schooling ” for 60% of minors. Factors that promote entry into prostitution.

Pimping in the neighborhoods: the phenomenon that worries the police officers of the Parisian PJ.

The investigation also estimates that 72% of cases of violence reported to the competent authorities have not been the subject of judicial follow-up. ” The consequences are dramatic, ” say the authors, who point to the importance of taking into account victims to fight against the phenomenon of prostitution of young people.

The authors of the study also return to the role of social networks, which today represent 50% of the places of approach of prostitution clients . Their conclusions call for the launching of special reception facilities for the minors concerned, but also for better training professionals to take care of them.

” If we made this unprecedented survey in France, it is because the subject seems to us to be a blind spot of the public policies “, estimates besides Stéphane Troussel , president PS of the departmental Council. The elected representative calls for the phenomenon of prostitution of minors, which affects 5,000 to 8,000 young people today in France, to be “integrated ” into the measures expected from the Grenelle violence against women.

Arab (and African) fathers rape their own daughters and nieces, grooming them for prostitution, then send them out on the streets to make money for them.  Just because Muslim women walk around dressed in black garbage bags doesn’t mean they are chaste and have been treated well.  Their husbands own them and can discard them whenever it suits them.

Underage marriage is common in Arab countries, yes, because Islam condones it, being founded by a pedophile with a nine-year old wife himself.  But just because she’s your nine-year-old wife doesn’t mean she can’t also get out on the streets of Paris and earn some money to pay for your drugs and gambling habit.

The French authorities have a bad habit of over-intellectualizing social problems because they aren’t allowed to talk about what’s really going on, especially when it comes to racial matters.   Despite France’s famous motto, these Arabs will never be your brothers or your equals, and you will never be free as long as they are in your country as alien occupants.