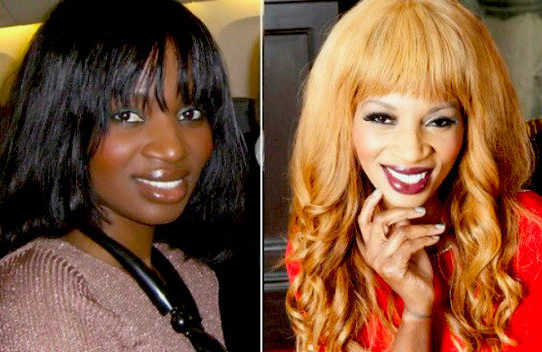 A number of governments in Africa are cracking down on the sale of skin whiteners, which often include ingredients that are highly toxic and pose serious health risks:

Rwandan President Paul Kagame sparked discussions on the need to ban the sale of skin “whiteners” on social media in November last year, when, in response to a post from a woman calling for the government to crack down on skin bleaching, Kagame said on Twitter that bleaching creams are unhealthy, and he called on the country’s ministry of health and police to rein “this in very quickly.”

Government officials and police are now patrolling markets in the capital, Kigali, and in provinces across the central African nation, seizing skin-lightening and bleaching products from vendors, media reports said.

Rwandan police said they seized more than 5,000 banned bleaching products, including lotions, oils, soaps and sprays, from beauty shops across the country last month, according to local media, New Times.

Commissioner of Police John Bosco Kabera told the New Times that that the “illegal products were seized from beauty shops in Kigali, and Eastern, Northern and Western provinces where the operations have been conducted so far.”

Despite such moves, the global market for skin-lighteners is projected to reach $31.2 billion by 2024, up from $17.9 billion in 2017, especially in Asia, the Middle East and Africa, according to a report by the market research group Global Industry Analysts.

A World Health Organization information piece on skin lightening creams reveals that mercury is a common ingredient in skin lightening soaps and creams which “are commonly used in certain African and Asian nations.

“They are also used among dark-skinned populations in Europe and North America.”

The preparation works through the Mercury salts inhibiting the formation of melanin, resulting in a lighter skin tone.

The WHO claimed that on average, over 50 percent of females in Africa “are reported to use skin lightening products on a regular basis,” and that “nearly 40% of women surveyed in China (Province of Taiwan and Hong Kong Special Administrative Region), Malaysia, the Philippines and the Republic of Korea reported using skin lighteners.”

In India, the WHO report added, “61% of the dermatological market consists of skin lightening products.”

It is clear therefore, that a large number—likely the majority—of nonwhite females around the globe are prepared to seriously damage their health in an attempt to look as white as possible.

One of the more persistent problems with promoting diversity has been trying to convince non-White women that they are just as beautiful as White women.  Virtually every culture, across all races, believes that beauty is strongly associated with whiter skin.  And contrary to what the marxists claim, these attitudes are not learned, but rather seem to be hard-wired even in the youngest, pre-school children.

Even in a racially “diverse” society such as Brazil where virtually everyone except a tiny German minority is race mixed, you will find a racial hierarchy or caste system with the whitest women at the top and the blackest at the bottom.  No amount of marxist indoctrination has been able to change this persistent belief in and desire for White beauty.  And even though White skin has become a symbol of “racism” and “oppression”, that doesn’t seem to deter non-Whites from wanting to look as White, or as racist as possible.