Paul Brady Sings ‘The Homes Of Donegal’ by Sean McBride 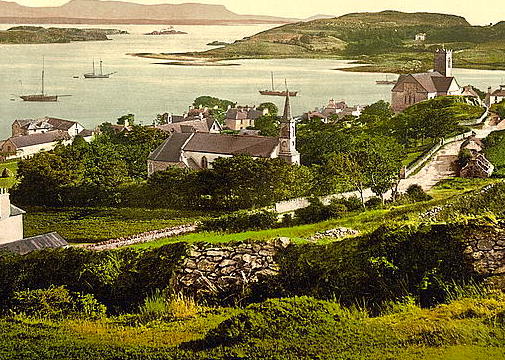 One of our Irish readers submitted this beautiful video of Paul Brady singing Sean McBride’s ‘The Homes of Donegal‘ with the comment, “A great montage of old pictures of the old towns — I’ve been to almost all of them.  Donegal is a very big County and very different from the rest of Ireland, a border county cut off from the south but in the Republic, an IRA stronghold, connects to the rest of Ireland by a tiny two-lane bridge in the town of Ballyshannon, birthplace of musician Rory Gallagher.”

This song was written by Seán McBride in about 1955. Seán was a native of Cruit island which is in the Rosses area of Donegal (West Donegal). He was a school teacher at St.Baithins school in the Carrigans/St.Johnston area (East Donegal) for most of his life. Seán passed away at the age of 90 in August 1996 and is buried on Cruit Island.

Seán only wrote the lyrics, the actual air itself is maybe 150 or more years old. There are many songs around using the same melody, but to my ears the closest one is a song called “The Faughan Side”, This song was part of the Curriculum in national schools in East Donegal and as Seán was a teacher in the “Laggan Valley” (South Inishowen) I’m pretty sure that is where he got his inspiration for the “Homes of Donegal”.

Backup of video in case it’s removed from Youtube: