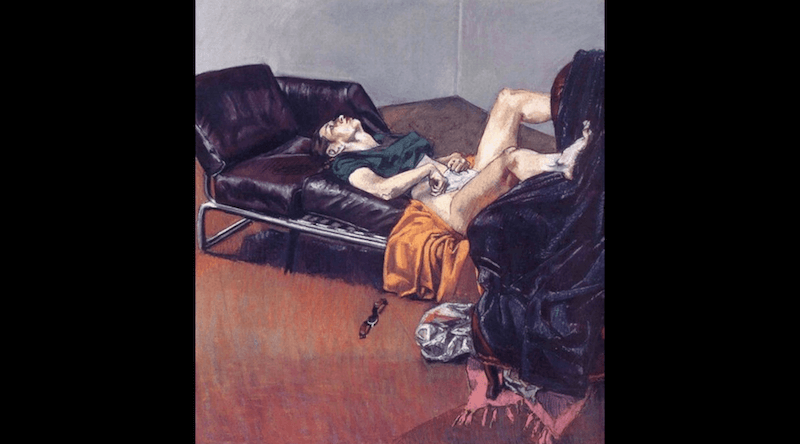 “When, in 1998, the proposal to legalize abortion in Portugal was defeated in a first referendum, the acclaimed painter Paula Rego produced a blasting series of ten pastels that portray women undergoing abortions. In interviews with the Portuguese press, when the series was exhibited, Paula Rego said that the series was inspired by both her own abortion experiences and what she has witnessed as the experience of poor women who lived in the villages around the area of Ericeira, where she has grown up.In commenting the series Rego said: “Naturalism is very out of fashion, but I do not care. These silent paintings with their grave answers will resist”.

Comment:
Studies have shown that women who have abortions often suffer serious and long-lasting psychological and emotional damage.

A cursory look at Rego’s abortion depictions show just how true this is – she is clearly unhinged and needs serious help. These are the kinds of pictures we’d expect to see from a mental patient, not from “acclaimed artist”.

That she wishes other women to have the “freedom” to go through the hell of an abortion only proves just how unstable she has become.