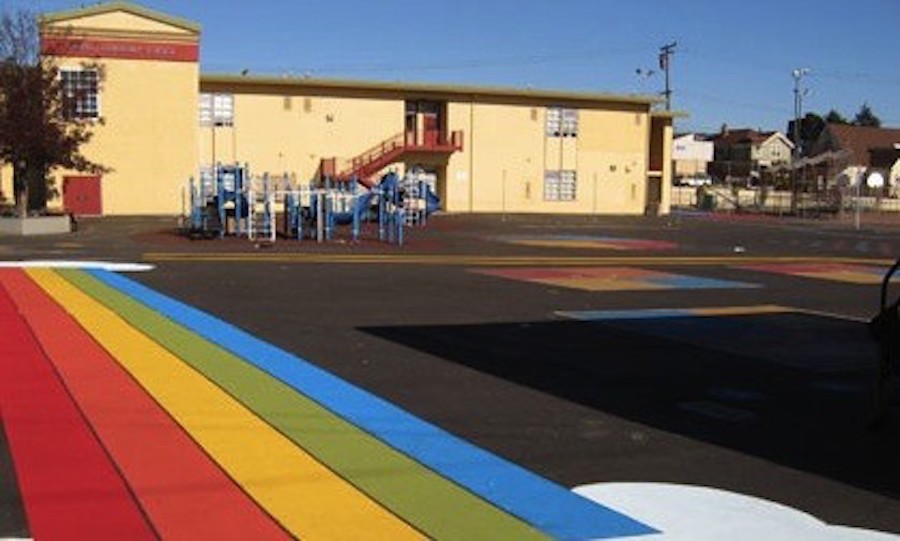 Though the source is unknown, efforts to push tolerating and accepting pedophilia still continue near a school in Oregon:

A disturbing sign showed up in a local neighborhood, and people are wondering who would put it up.

It says, “Pedophiles are people too.”

The sign was hung up around Willamette Primary School.

One thing that struck us, and people on social media, was that the background looked like a gay pride flag.

We spoke to folks at the Q center in Portland.

“It’s just very clear that this message was meant to stigmatize and stereotype LGBTQ people,” said Cameron Whitten, Q Center executive director. “At a time when we are facing homophobia, transphobia, it is not helpful for these kinds of harmful messages to be disseminated out.”

Of course, the LGBT community is going to deny that any of its members or supporters could possibly be responsible for this, but the reality is that between 30% to 40% of pedophiles come from the gay community.

Since they are only 2% of the population, gays are way over-represented among pedophiles, many of whom clearly identify themselves as members of the LGBT community. Even if this sign was posted to troll the LGBT community, it certainly is based on truth, and there will be a push to legalize and remove the stigma of these monsters.