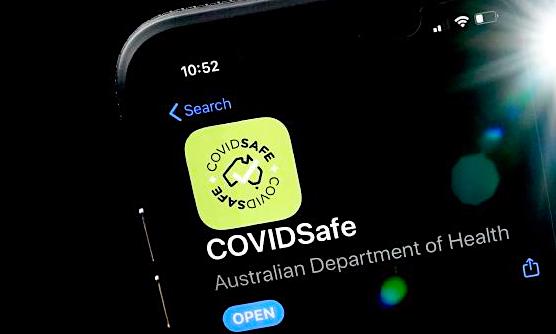 Governments and media have launched a new propaganda campaign to convince the public to voluntarily allow around-the-clock surveillance with the new COVID-19 tracing app by shaming them into conforming with comparisons to ‘hysterical’ and dangerous ‘anti-vaxxers’:

Just as the anti-vaxxers compromise public health with their dangerous messaging, so the anti-appers are refusing to download the government’s COVIDSafe tracing app, preventing the sufficient uptake required to make it a success.

For decades now the anti-vaxxers have hysterically claimed that vaccines increase the risk of autism even though the 1997 study linking the two was completely discredited and the surgeon who published the work lost his medical licence.

Yet still they refuse to vaccinate even though the efficacy of immunisation relies on widespread community uptake.

Selfishly, they regard the “me” as more important than the “we”, though fortunately the government has the power to stop their family tax benefit payments if they fail to meet immunisation requirements.

Now anti-appers are hindering public health with their fearmongering claim that their privacy is at risk. Like delusional conspiracy theorists, they appear to believe that the government’s COVIDSafe app is some Big Brother-style super surveillance system.

Clearly many have spent lockdown watching re-runs of The X Files or reading John le Carre novels if they believe the government wants to spy on their mundane, prosaic, boring suburban lives. And let’s be clear, this is a TRACING not a TRACKING app.

As such, you only authorise use of the information it collects if you are diagnosed with COVID-19. It’s harmless for the user but hugely beneficial in our fight against the virus.

Using Bluetooth, the app recognises other devices with the app installed and effectively makes a “digital handshake” that record the date and time, distance and duration of the contact. Locations are not tracked and no metadata is stored.

As the [Australian] Prime Minister has indicated, it’s our “ticket” out of lockdown because it’s a faster, more effective and more accurate method to help with tracing those who may have come in contact with someone carrying the virus.

Yet only 4.75 million people have downloaded the app, citing multiple arguments for their unwillingness not to do the right thing by the community.

And these elitists throw in a little social humiliation for good measure — reminding us that we all live ‘mundane’ and ‘boring’ suburban lives not worthy the notice of anyone with a real life in one of their infected cities.

Google and Facebook have well-known information sharing relationships with the C.I.A., F.B.I., and the N.S.A. — and the Mossad, of course.

If our lives are so ‘boring’, then why are these companies and agencies spending billions every year to monitor what we say, do and think?

So-called ‘anti-vaxxers’ are among the only sane, independent people left in society — and, no doubt, the healthiest both physically and mentally — and, yes, among the most highly-educated, too.

‘Anti-vaxxers’ are a ‘threat’ — not because they won’t vaccinate their kids for measles or mumps — but rather because they throw a wrench in the Big Plan of control, surveillance, and depopulation through a future mass vaccination program — harmless pastel-sweatered Bill Gates has made that Plan abundantly clear in recent weeks.

And they need snitches to point out who is not drinking the Kool-Aid.