PhD Biochemistry Prof. Claims 5G is the “Stupidest Idea in The History of the World” 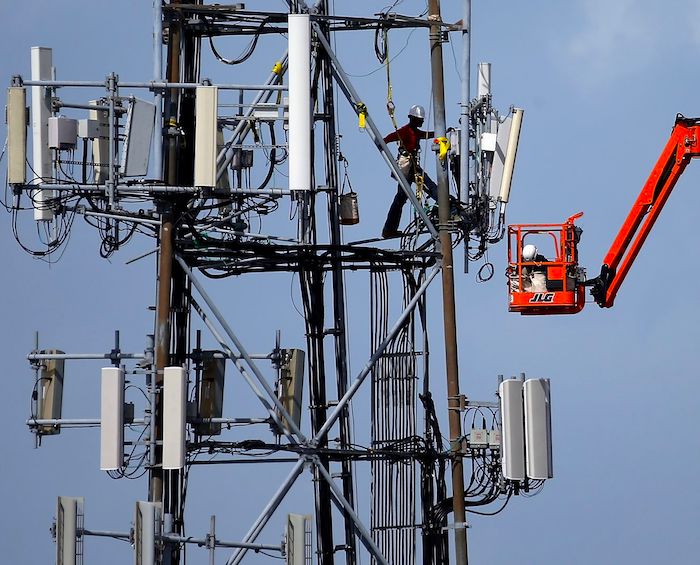 Commenting on his report on the dangers of 5G cellular technology, Dr. Martin L. Pall, PhD and Professor Emeritus of Biochemistry and Basic Medical Sciences at Washington State University stated unequivocally that it could be a disaster:

“Putting in tens of millions of 5G antennae without a single biological test of safety has got to be about the stupidest idea anyone has had in the history of the world.”

This is not new information. For years, numerous studies have been published proving the health concerns regarding 5G technology and hundreds of scientists have petitioned the United Nations about them. These initiatives started as a result of the work done by Dr. Marin Blank from Columbia University’s Department of Physiology and Cellular Biophysics.

According to him, with regards to wireless radiation in general:

“We have created something that is harming us, and it is getting out of control. Before Edison’s light bulb there was very little electromagnetic radiation in our environment. The levels today are very many times higher than natural background levels, and are growing rapidly because of all the new devices that emit this radiation. Putting it bluntly they are damaging the living cells in our bodies and killing many of us prematurely.”

The Establishment’s ruling system is anarcho-tyranny. This means absurd leniency and negligence towards criminals and terrorists (e.g. enabling jihadis). But insane micromanagement of the law-abiding citizens (e.g. the destruction of free speech). This system is designed to break-down and destroy our national society, which in turn is designed to enable globalisation. When the courts fail us like this our only alternative is direct action. The fact is that we can no longer rely on the authorities to protect us.

…During the “Health in Buildings Roundtable” sponsored by the NIH and co-organized by the US CDC and several other organizations, Dr. Martin Pall from Washington State University (WSU) concluded that the “5G rollout is absolutely insane.” In this short presentation, Dr. Pall confirmed that the current 2G/3G/4G radiation the population is exposed to has been scientifically linked to: lowered fertility, insomnia, fatigue, depression, anxiety, major changes in brain structure in animals, cellular DNA damage, oxidative stress, hormonal disruption, cancer, and much more. Dr. Pall briefly explained the mechanisms of how the electro-smog emitted by our cell phones, wifi routers, cell phone antennas, and other wireless technologies affect human cells.

Those promoting and getting rich off 5G technology will claim that there is no “solid” proof that it is dangerous, but that’s only because they have blocked any such massive study that would clearly show the obvious dangers.  People love their smartphones and video streaming, and if only a few thousand people have to get sick or die every year, then what’s the big deal?  And as long as we can tell ourselves that “the science is out,” then we have a built-in excuse when things start going wrong.

But 5G technology is no different from vaccine ‘science’ or Roundup toxicity — the manufacturers simply declare, with no controlled studies ever conducted, that their product is “safe and effective,” and magically it becomes so.  We will be told that the huge benefits of 5G will far out-weigh any unproven and minor risks.  One of those minor risks will be childhood cancers, but we’ve even gotten used to that and just pretend that it’s “genetic”.  We are being given these excuses ahead of time, so be sure to use them.

Related: Hundreds of Birds Killed During 5G Transmission Test in the Netherlands