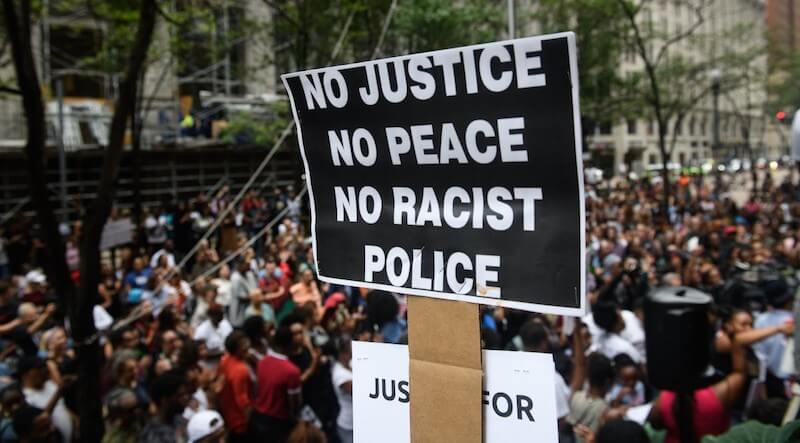 “Chanting “three shots in the back, how do you justify that?” hundreds have taken to the streets of the US city of Pittsburgh for a third night to condemn the police killing of an unarmed black teenager.

Protesters shut down several streets in the Pennsylvania city on Friday, three days after 17-year-old Antwon Rose Jr was killed by an East Pittsburgh police officer who was investigating a shooting nearby, according to local media.

That police officer, identified as Michael H Rosfeld, pulled over a vehicle that was suspected of being involved in the nearby shooting. According to police, Rose, who was unarmed, fled the vehicle and was shot three times by Rosfeld. Police declined to say whether Rose was shot in the back.”

Comment:
The dead black “teen” was suspected of attempted murder of another black in a drive-by cowardly shooting. He fled from officers when his car was pulled over, which strongly suggests guilt.

Any sane person would know that running away from police during a traffic stop is potentially going to get you shot – and he knew that and was willing to take that risk because to him being arrested and going to prison was worth the risk of getting shot by the cops.

Note: it’s impossible to not shoot a fleeing suspect in the back.