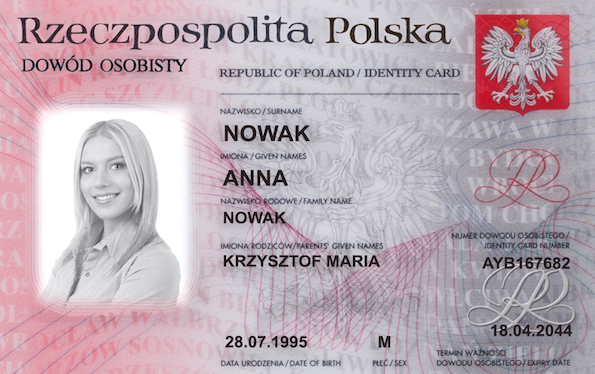 Drafted by the government of Poland with the aim of uniting Poles living abroad and strengthening their links with the motherland, the new Bill provides for the issuance of the Polish Card, a document proving Polish ancestry and ethnicity, to all persons of Polish descent regardless of their place of residence:

Presently, the Polish Card is issued to the “Poles of the East,” persons of Polish descent who are citizens of the former Soviet republics. (Act on the Polish Card, Sept. 7, 2007, preamble & § 2(3)–(4), Ministry of Foreign Affairs website.) The Bill did not amend social security, travel, residence, work permit, and educational entitlements granted under the Act on the Polish Card.

Currently Polish Card holders are entitled to open companies in Poland on the same basis as Polish citizens; obtain work permits; have access to preschool, primary, and secondary education; and pursue PhD degrees in Poland. They are also permitted to conduct research in Polish institutions, have access to health care, and receive a 37% discount when using public transportation and free admission to museums. (Id. § 6.)

According to the Bill, the conclusions of the National Security Agency would be necessary in making decisions on granting the Polish Card. (Id. art. 1(6).) The National Security Agency must indicate if an applicant for the Card has been engaged in behavior that would undermine the defense, security, or protection of public order, and/or if the applicant has acted to the detriment of the Republic of Poland and/or violated human rights. (Id.; Act on the Polish Card art. 19(5)–(6).)

Experts say that it is not clear what impact the enactment of the Bill would have on the number of applicants and their geographic distribution. According to studies as of 2012, there were more than 100,000 holders of the Polish Card after its introduction in 2008. Approximately 50% of current Polish cardholders are citizens of Ukraine. (Mikolaev Junior Team 2013, The “Polish Card”: Another Way to Europe?, EASTBOOK (June 5, 2013).)

This proposal would make the new Polish ID card similar to the dual passports many Jews abroad have by virtue of their birthright with Israel.

Jews worldwide are united, supposedly, under the auspices of Zionism, their allegiance to Israel regardless of what country they happen to reside in — and this strategy helps give Jews a sense of community and purpose which makes them far more formidable politically.

And now the Poles have taken this concept one step further.

There are tens of millions of people throughout the world who are of Polish descent, a far larger group than the world jewish population.

And people of Polish ancestry, like the Irish, tend to retain their ethnic identity and interest in Poland regardless of where they live, so this move could be a masterful stroke to increase Polish influence geo-politically.

The Jews, no doubt, will criticize this move, claiming it fosters “dangerous” nationalism — or even go so far as to accuse the Poles of being behind an international Polish “conspiracy” to take over the world.