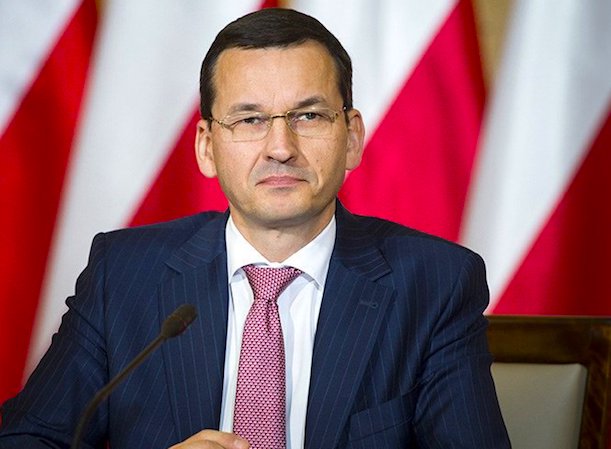 Poland’s prime minister declared that his government will not pay compensation to Jews for personal property lost during World War II since, he said, Poles were the war’s major victim:

Prime Minister Mateusz Morawiecki made the statement on Saturday during the “patriotic picnic” in the town of Pultusk in central Poland.

“We were the most murdered victims here during the Second World War and we will never agree to any payments for anyone for this reason, any compensation,” Morawiecki said.

The current electoral campaign for the European Parliament and the upcoming autumn elections to Polish parliament have led to the return of the subject of restitution.

On May 1, a march of nationalist organizations took place in Warsaw, where marchers expressed their opposition to restitution, pinning badges with crossed out number 447 to their clothes.

“Law 447,” called Justice for Uncompensated Survivors Today, or JUST, was approved by the U.S. Congress one year ago. Its aim is to ensure that people who survived the World War II – or their heirs – receive compensation for their losses if it has not already happened.

According to this law, the U.S. secretary of state is to prepare report by this year on the situation of property left behind during the war in 46 countries, including Poland. The report is to show how a given country has resolved this issue.

During the devastation of WWII, tens of millions of people lost personal property, but if we take the media’s word for it, only Jews lost property, and only Jews have special laws that allow them to be compensated for their losses.  Poland isn’t buying this concept of Jewish Exceptionalism, nor should it.  When any Jew died between 1939 and 1945, they died in “The Holocaust”, whereas everyone else merely died in the war.  While every Jew died because of evil Nazis, everyone else was just “collateral damage.”

The Poles understand jewish machinations and treachery better than any other European people because historically Poland has had the largest population of Jews in the world.  Familiarity breeds “antisemtism”.  The Jews have always portrayed the Poles as an ignorant, sub-human people, but that’s typical of what they do to all their victims: mock them for allowing Jews to take advantage of their kindness and hospitality by robbing them blind.  The Poles are not going to be guilted into coughing up more of their rapidly expanding wealth to these rapacious Jews for an imaginary “genocide” that most of the current Polish leadership knows never happened. 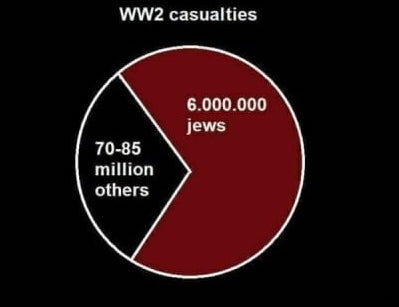