Polish Ambassador: Poland Is ‘Last Bastion Of The West’ Against The ‘Fall Of Europe’ 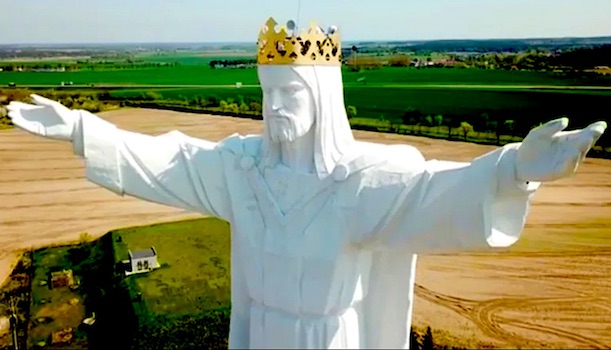 Andrzej Przyłębski, the Polish ambassador to Berlin, asserts that, with Germany and other countries succumbing to ‘postmodernism’ and “gender ideology,” Poland now stands alone as “the last bastion of the West” holding out against “the fall of Europe”:

He also criticises German media for producing “anti-Polish propaganda” and for supporting the Polish political opposition, including “clear interference” in the recent presidential election.

Andrzej Przyłębski, who has served as ambassador since 2016, made the remarks in an interview with right-wing German newspaper Junge Freiheit and reported by wPolityce, a conservative Polish news website.

“Germany, and in fact the entire European West, has changed a lot,” said Przyłębski. “Today’s Europe is founded on principles that lead to a dead end.”

As examples, he pointed to “the widespread atomisation of societies, family breakdown, growing hostility towards the Christian faith, the domination of gender ideology and destructive criticism of European culture”.

“We Poles, at least the majority, can no longer recognise ourselves in this Europe,” he added. “We are alone as the last bastion of the West.”

Przyłębski warned that the “postmodernism stemming from French and American universities is fundamentally changing our view of reality – so much so that it will lead to the fall of Europe”.

In particular, he decried the “triumph of narrative” over “truth”, warning that “if we renounce the truth – that is, true dialogue free from political correctness – then we Europeans can ‘pack up’ and announce the end of our culture and greatness”.

The ambassador added that this postmodern approach also “unfortunately shapes today’s journalism – and is clearly visible in the narrative of the German media about Poland”.

“I am horrified to see what is being written about my country in Germany,” Przyłębski told Junge Freiheit, arguing that coverage of Poland in leading German outlets is overwhelmingly negative, one-sided and often inaccurate.

Reporting on Polish politics and judicial reform gives the false impression that something terrible is happening, said Przyłębski. This arouses “hostility” towards Poland among Germans while also leaving German politicians misinformed about the situation.

The Polish ambassador cagily substituted the euphemism ‘postmoderism’ for what it really is — Jewish bolshevism, or as Professor Kevin Macdonald would describe it, the Jewish ‘culture of critique’.

In academic circles, so-called ‘postmodernism’ has been dominated by Jewish homosexuals such as Jacques Derrida, Michel Foucault, and Roland Barthes — who apply Talmudic techniques of endless questioning of authority and objective reality to render all western Christian culture meaningless and inane.

Poland has taken the strongest stance of all western nations against LGBT subversion and perversion — with many towns and cities declaring themselves ‘LGBT-free zones‘.

Indeed Poland is last country in Europe that still identifies as White and Christian, and maintains that identity by rejecting the two weapons of Jewish subversion — Third World immigration and pluralism.

Despite the best efforts of the Vatican to promote these Jewish weapons of mass destruction, Catholic Poland has as of yet stood up to them — having recently thrown off the shackles of Jewish communism, they have no interest in embracing this death cult once more.

How long Poland can hold out against these powerful satanic forces remains to be seen — but as long as they insist on their Christian identity — and that Christ is their one and only king — they have a chance to remain standing.