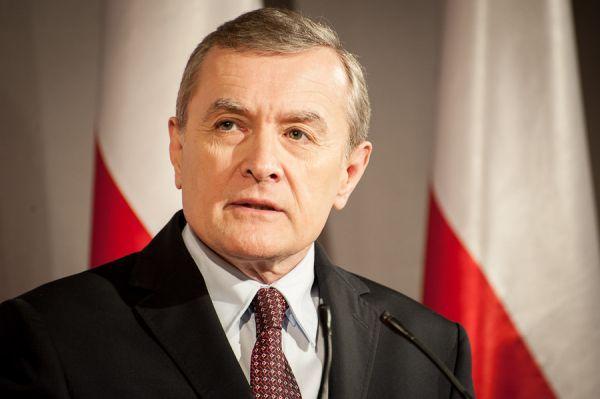 Piotr Glinski, the Deputy Prime Minister of Poland, has raised some jewish eyebrows when he complained that the critics of his “far right” party are treating them like “Goebbels treated the Jews”:

Polish Deputy Prime Minister Piotr Glinski compared opposition rhetoric toward members of his right-wing party to how Jews were portrayed in Nazi propaganda.

Glinski made the comment in an interview for the Wprost magazine this week, Polish media reported Monday.

“The language toward Law and Justice is to exclude, annihilate, dehumanize, delegitimize, as Jews were treated by Goebbels,” Glinski, who is also Poland’s minister of culture, said in the interview.

Joseph Goebbels was a German Nazi politician and Reich Minister of Propaganda of Nazi Germany from 1933 to 1945.

Law and Justice was elected as Poland’s ruling party in 2015.

Domestically, Law and Justice is under attack for its revamping of the judicial system, allegedly to bring it under tighter political control.

The party’s criminalizing of rhetoric blaming the Polish nation or state for Nazi crimes triggered a diplomatic crisis with Israel, where many claimed it was designed to whitewash complicity in the Holocaust by locals and would interfere with historical research.

The crisis was resolved earlier this year after Poland amended the law, decriminalizing the action it targets.

Of course, the irony here is that the greatest critics of Poland’s far right party are Jews, and it should come as no surprise to him that Jews dehumanize anyone who opposes them politically or otherwise.  However, he is incorrect about how Goebbels treated the Jews — unlike the intentionally false propaganda that Left uses to criticize Poland, Goebbels was insistent that his propaganda against Germany’s enemies be consistently true and based on facts.  Goebbels naively believed that Germany could win the propaganda war simply by telling the truth to the world, but in doing so, greatly under-estimated the persuasiveness of lies.

The Jews disliked Goebbels because he used his dark, trenchant sarcasm against them, and they could never beat him in a debate over the facts, so they merely smeared him with ad hominem attacks.  So what Glinski is actually experiencing is not a Goebbels-like attack at all; rather, he is getting a daily dose of humorless jewish ad hominem attacks from the jewish-dominated press, and if Glinski ever bothered to read Goebbels’ entertaining and insightful diaries, he’d know that history is merely repeating itself.